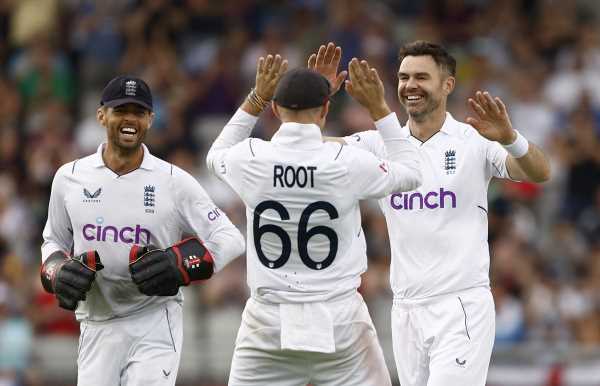 James Anderson hailed England’s all-round improvement and called inspirational captain Ben Stokes a “freak” as they thumped South Africa by an innings and 85 runs in the second Test at Old Trafford on Saturday, setting up a series decider at The Oval.

Seamer Anderson was at his very best, taking match figures of 6-62 with his swing and guile bewildering the South African batsmen as they were bowled out cheaply twice following their victory by an innings and 12 runs at Lord’s last week.

“We spoke a lot after the last game about how we can be better and certainly with the ball we stuck to our guns and tried to keep attacking fields…” Anderson told Sky Sports.

“With the bat we spoke about learning when to soak up pressure and then put it back onto the opposition. I thought we did that amazingly.

“It’s been two strange Tests, both short matches. South Africa were not at their best this week, we weren’t at our best last week, so it will be interesting to see if we can both bring our ‘A-game’ to the decider.” 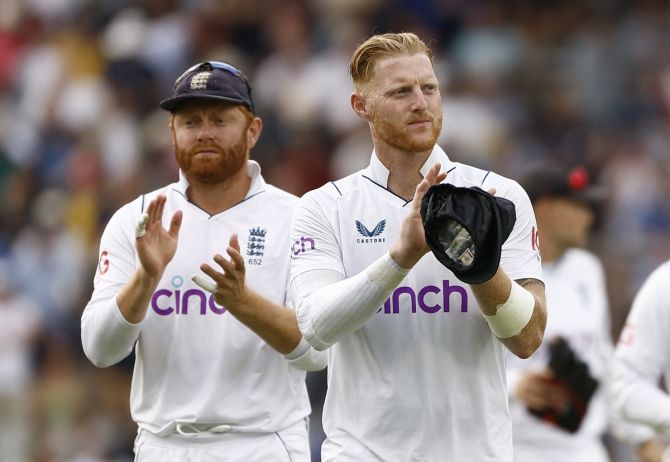 Anderson said the leadership of coach Brendon McCullum and Stokes provides the side with the confidence to take the opposition on.

“Everyone is clear on their role and what the captain and coach expect of them,” Anderson said. “That is a massive help, it takes away any doubt and allows you to focus on your job.

“It sounds simple but things can get clouded, there is so much to think about from a technique point of view.

“I have really enjoyed the last few months, the way Ben and Brendon want us to play. My role has become a little bit different. I’m not a defensive bowler anymore, they want me to think about taking wickets all the time.

“We are enjoying it. I think I’ve smiled more than I ever have on a cricket field.”

Anderson also praised the work of Stokes on the pitch, after the captain scored a century in England’s innings and then bowled a 14-over spell to see them to the new ball on Saturday.

“He is an absolute freak, how he does that day-in and day-out. He just got a hundred yesterday, batting for however long and then putting in that spell. It made a huge difference. He is a machine.”