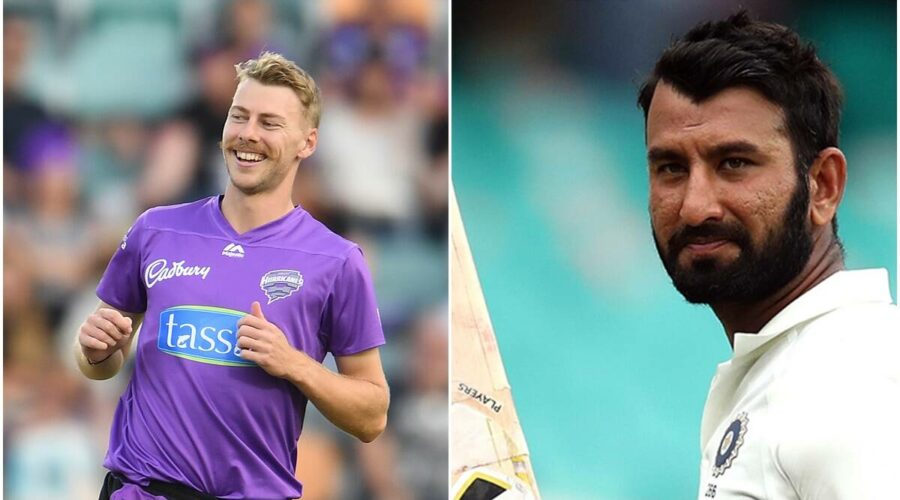 Tasmanian quick Riley Meredith was a surprise pick of sorts when Punjab Kings shelled out Rs 8 crores to acquire his signature while Cheteshwar Pujara finally has an IPL home after six years in the wilderness. “Why are you not a bowler?”
Sam Billings, the swashbuckling England wicket-keeper batsman who had relatively forgettable stints at Chennai Super Kings and Delhi Daredevils, went unsold. But he took the snub in a sportively, taking to Twitter: “My girlfriend Sarah just turns to me and goes… ‘why aren’t you a bowler?’ Beneath the post, his friend and Afghanistan leg-spinner Rashid Khan bantered: “Spinner or fast bowler?” To which, Billings, who has bowled a single ball in his entire competitive cricket career, promptly asked: “Teach me leg-spin.”

Quite flows “Coulter-Nile”
Nathan Coulter-Nile entered IPL as a Mumbai Indians player in 2013. He was shunned a year later, before he rejoined them in 2020 after a heated bidding session for Rs 8 crore after injury-ravaged stints with RCB, KKR and Delhi Daredevils. Just before the recent auction, he was jettisoned again, which didn’t quite surprise him after an unspectacular haul of 5 wickets at 41 and an economy rate of 7.92. “I was expecting that was going to happen. Hopefully, I can get picked up again this year,” he told the Australian press soon after he heard the news. But little could he have expected that the defending champions would reclaim him soon after (though at almost half the sum, still a princely Rs 5 crore). Maybe, it was just to cut his hefty pay package. Coulter-Nile, though, would not mind.

17 runs a ball to Rs 8 crore
Tasmanian quick Riley Meredith was a surprise pick of sorts when Punjab Kings shelled out Rs 8 crores to acquire his signature. Strapping, nippy and in possession of an assortment of T20 tools, he’s quite a rage in the BBL. However, he still has a bit of unwanted trivia attached to his name. The bowler who conceded 17 runs off single ball. In a BBL match against Melbourne Renegades in 2019, he overstepped on his fourth ball and went on to concede five wides, 10 no-balls and a single. His team, Hobart Hurricanes, though, nudged home by 16 runs.

A different applause
After six years in the wilderness, Cheteshwar Pujara finally has an IPL home. All these years, he had put his name on the auction list, only to be repeatedly overlooked, even by a franchise based out of his hometown Rajkot. But this time, Chennai Super Kings bought him for Rs 50 lakh, Pujara’s base price. No other franchise showed interest but there was a gentle but warm applause that rippled across the room. It continued till the deal was sealed. Pujara would express his gratitude: “Thank you for showing the faith. Look forward!” Another Test match specialist R Ashwin would applaud the signing: “So happy for @cheteshwar1Well deserved!! Go well buddy.”

02/19/2021 Sport Comments Off on Slice of auction: Of a Tasmanian quick with an unwanted trivia and a No.3 who makes a comeback
TV & Movies