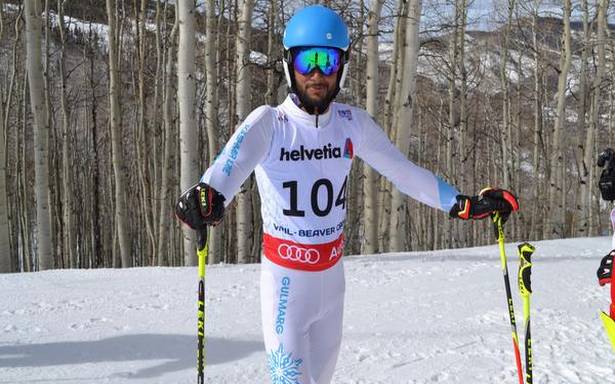 The Winter Olympics in Beijing will begin on February 4, 2022. Which gives Arif Khan just 10 more months. A slalom and giant slalom skier’s prime years, he says, are between the ages of 25 and 32. He is 31. This could be his last shot at realising a longtime dream: representing India at the Winter Olympics.

Arif almost made it the last time. He had to average 140 points from five slalom races for the 2018 Winter Games in Pyeongchang. He was on track after good performances in Turkey, Bulgaria, Norway, and Sweden. One more good race in Iran would have given him the ticket to the 2018 Games. Then, it was cancelled due to bad weather.

However, the door was still not shut. Arif had a chance to compete in a race in Switzerland before the deadline. But, he needed ₹1.5 lakh to get there. He had exhausted the money he had borrowed from friends and family. There was neither Government backing nor private sponsorship for a hardly known sport in the country (there still isn’t). He could not go to Switzerland, and so he waited for four more years.

Now, Arif is in a similar situation. He needs to score at least 160 points each from five races. There are 10 months to go for the 2022 Games and over 100 races to choose from for qualification. But, Arif, for the next four months, will need about €40,000 (about ₹34 lakh) for training and travel. Although he has started a crowdfunding campaign, the response, so far, has been lukewarm.

Nevertheless, he trains seven hours every day to be in the best possible shape, with a singular focus on getting to Beijing.

In slalom skiing, in which Arif is attempting an Olympic berth, the skier has to ski (usually in in excess of 90 miles per hour) between poles that are spaced closely together. It is faster than the other skiing races, like giant slalom or downhill, and hence has less margin for error. But Arif is confident. “I already feel good to go for the races but I feel I can up the level of training before competition,” he says over the phone from his training base in Austria.

“I am looking at racing in Australia, New Zealand, Argentina, and Chile from August or September this year.”

It is tempting to think that Arif was destined to be a skier. His father was a ski guide and owned a ski shop. The place where he was born, Gulmarg in Kashmir, is among India’s primary skiing destinations. Prolonged snowfall meant he could not play other sports, like cricket or volleyball, for six months. It was not hard for him to fall in love with skiing.

His father took out the smallest pair of skis. “It was red Atomic [the brand] skis,” he recalls. Once he taught him how to wear it, his father held him as he slid back and forth the little slope. “I was slipping. But I loved the speed. ”

Arif soon found balance. Next, he was in pursuit of excellence. He wanted to represent India at the Winter Olympics. With the modest financial backing of his family and friends, he started training abroad, mostly in the European circuit, where skiing is most popular.

Arif says there is a world of difference between him and the top-ranked skiers. “They make millions of euros a year. They are backed by big sponsors. They have a personal coach. They have a team of doctors, physios, and nutritionists. They can prepare slopes overnight for training. All of these cost about ₹1.5 crore a year.”

Arif, meanwhile, shares coaches, stays in low-cost accommodation and opts for buses and trains instead of planes to reduce his expenses. Yet it costs him ₹60 lakh a year to pursue his goal.

His father supports him. His business, however, took a hit due to the conflict in Kashmir and the pandemic last year. There are a few friends and well-wishers who donate for his dream. Arif also takes up temporary gigs — as a ski instructor or an assistant coach — in the places he trains.

With all these difficulties, has the thought of hanging up his skis ever crossed his mind?

“Yes, every day,” he laughs before turning serious, “But I want to put my country on the skiing map. If I can achieve something, the global skiing community will take note of where I am from. It might make them see India as a potential top skiing destination.”