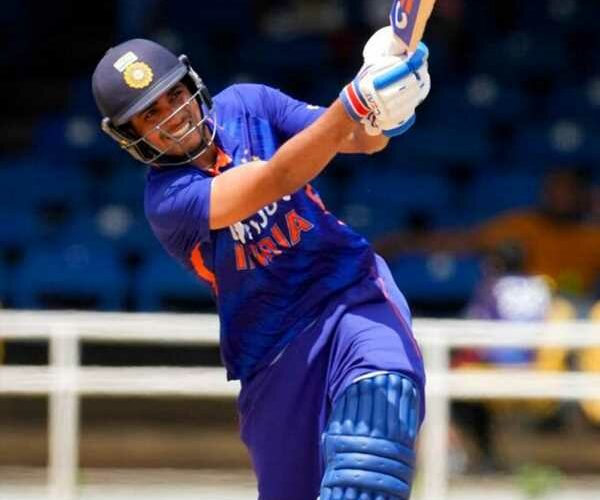 ‘It was bittersweet, I was expecting to get 100’

‘After the rain break, we let our instincts take over. I just wanted one more over when we walked out before the last break’

Openers Shubman Gill and Shikhar Dhawan hit half centuries as India completed a series sweep over West Indies with an emphatic 119-run victory in a rain-affected clash in Port of Spain.

There were plenty of delays during India’s innings, with the visitors forced to hit out late after a weather break saw the match initially reduced to 40 overs per side.

Gill conceded that the third ODI was a bittersweet experience for him as he missed out on his maiden ODI hundred by just two runs but his contribution of 98 not out turned out to be a match-winning effort for the hosts.

Shubman Gill did enough to keep himself in the mix in the ODI set-up even when the big names return to the format as he top-scored with 205 runs, including 2 fifties, at a healthy strike rate of over 100 in the 3-match ODI series.

On Wednesday, Gill flaunted his incredible shot-making ability as he hit a run-a-ball 98 but rain in Port of Spain ruined his chances of getting to his maiden ODI hundred. Gill was 98 off 98 at the end of the 36th over when the heavens opened up for the second time as India’s innings came to an end at 225 for 3.

Gill got starts even in the first two ODIs but the young opener was not able to convert it into big knocks but on Wednesday, he put his head down and toyed around with the West Indies bowling attack.

“It was bittersweet, I was expecting to get 100. It was not under my control as it rained, but I was happy with my innings. I was disappointed with how I got out in the first two matches, I tried to rotate strike,” Gill said after winning the Player of the Series award.

Gill said he wanted just an over before the rain break to get to the 3-figure score for the first time and pointed out that him and Shreyas Iyer switched gears after the first rain break. India were 115 for 1 in 24 overs when there was the first stoppage but once the play resumed, the visitors suddenly upped the ante, smashing 110 runs in the next 12 overs

“After the rain break, we let our instincts take over. I just wanted one more over when we walked out before the last break. The wickets were good,” Gill added.