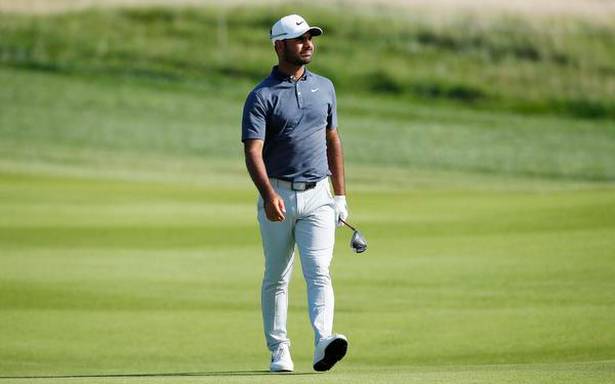 At 8-under, Sharma finished five shots off the winner, Nicolai Højgaard.

India’s Shubhankar Sharma reserved his best for the final round as he turned in a sizzling five-under 66 to sign off tied 12th at the DS Automobiles Italian Open.

Starting the final day with a bogey, Sharma was on fire from the fifth. He had seven birdies in the next holes from fifth to 13th and looked set for a Top-10.

At 8-under, Sharma finished five shots off the winner, Nicolai Højgaard.

Nicolai Hojgaard held off a strong chasing pack to claim his maiden European Tour title with a one shot victory. His twin brother Rasmus finished 18th.

Nicolai came into the final round with a one shot lead and had found himself two clear on the back nine before back-to-back bogeys at the 14th and 15th wiped out his advantage and left him level with Tommy Fleetwood and Adrian Meronk going down the last.

He arrived at the 18th tee knowing he needed a closing birdie to win, and he did just that — holing from three feet to finish the tournament on 13 under par and clinch his maiden victory at this level, with Rasmus joining him on the green to celebrate.

Meronk and Fleetwood finished in a share of second place on 12 under just one shot behind Højgaard after posting rounds of 66 and 71 respectively.