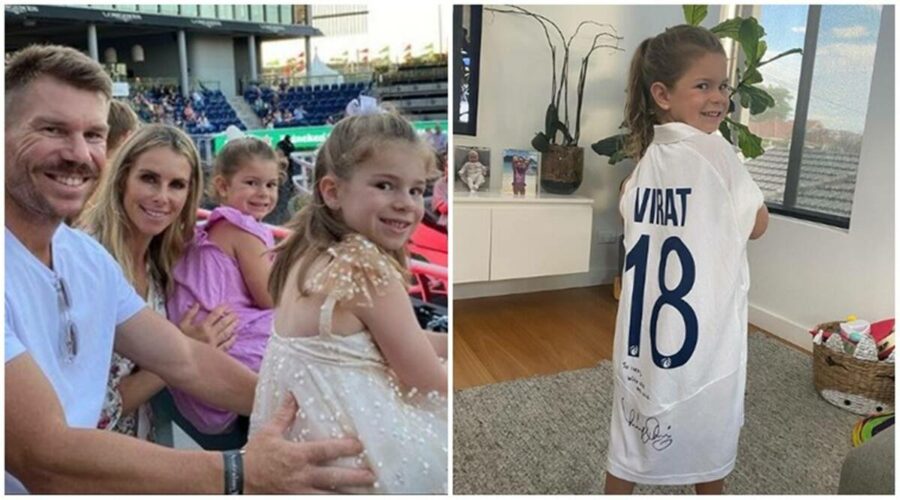 "I know we lost the series but we have one very happy girl here!" said David Warner, thanking Virat Kohli for his playing jersey. 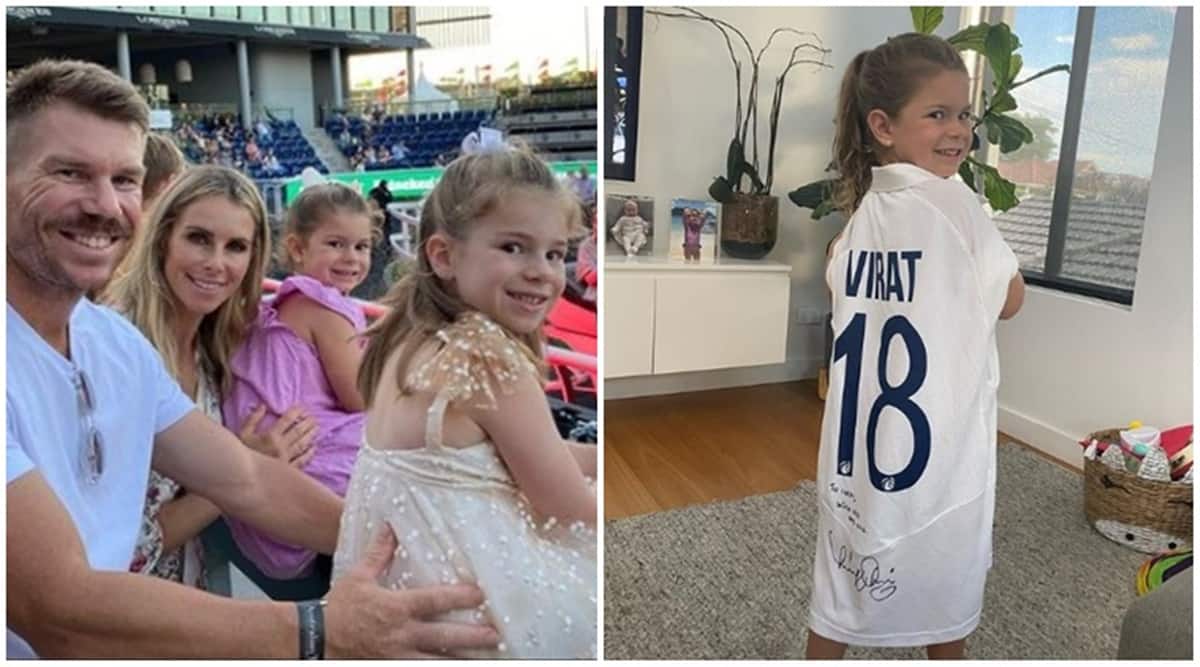 Despite losing the recently-concluded Border-Gavaskar series, Australian opener David Warner says his daughter is happy because she received a jersey from her idol Virat Kohli.

An under-strength India came back from behind to hammer Australia 2-1 in their own den. But Warner on Saturday shared a picture of his four-year old daughter Indi wearing Kohli’s jersey and wrote, “I know we lost the series but we have one very happy girl here!! Thanks Virat Kohli for your playing jersey, Indi absolutely loves it. Besides daddy and Aaron Finch, she loves VK.”

Warner’s wife Candice had earlier revealed that their middle child is a Virat Kohli fan and likes to play the Indian cricket captain over an Australian player whenever the Warners play backyard cricket at home.

David and Candice are proud parents of three girls – Ivy-Mae (6), Indi-Rae (4) and Isla Rose (1). Speaking to Triple M Sydney radio station, Candice had said, “We do play a little bit of backyard cricket. The funny thing is my girls, sometimes they wanna be dad, sometimes they wanna be Finchy (Aaron Finch) but my middle child, she wants to be Virat Kohli. And I am not even joking, her favourite player is Virat Kohli. She is the rebel.”

India are now set to play England in four-match Test series. The full England squad is scheduled to start its training from February 2 ahead of the series opener against India, starting February 5 at Chapauk.