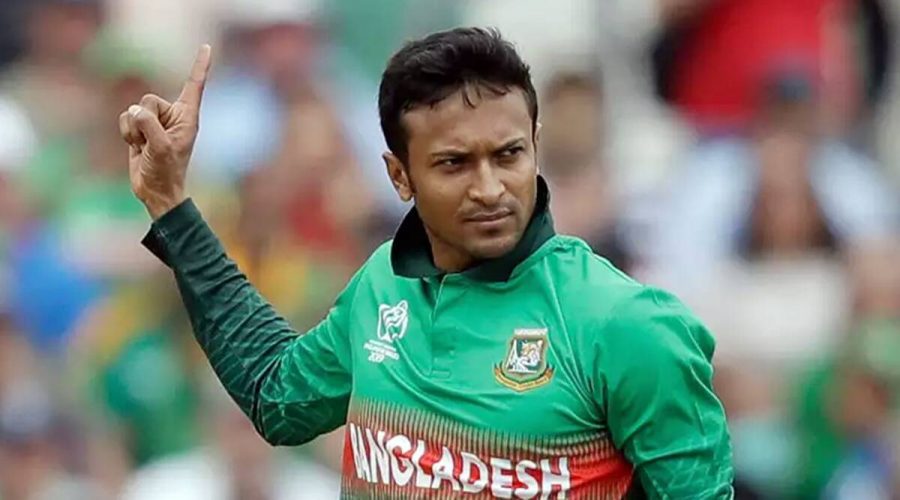 A man named Mohsin Talukder, in a Facebook Live on Sunday, claimed that Shakib’s behaviour had “hurt Muslim sentiments”. Talukder was apparently enraged at the cricketer for inaugurating a Kali Puja in Kolkata on November 12 and threatened to “cut him to pieces with a chopper for blasphemy”.

Shakib was reportedly present at the 59th Shyama Puja of “Amra Shobai Club” at Kankurgachi in East Kolkata.

The former Bangladesh skipper, however, denied inaugurating the puja and said he was part of the programme that followed. He also apologised for hurting the sentiments of his supporters. “Media, social media everywhere it was flooded that I went to Kolkata to inaugurate a puja ceremony which actually was not the reason behind my visit and I did not inaugurate puja,” Shakib said in a Facebook Live.

“The puja was inaugurated by Firhad Hakim, mayor of Kolkata. In my invitation card it was clearly mentioned that I was not the chief guest for puja,” he said. “Being a practicing Muslim, I always try to follow the religious customs. Please forgive me if I have done anything wrong,” he said.

The Bangladesh cricketer was handed a two-year ban, with a on-year suspended sentence, by ICC’s Anti-Corruption Unit for failing to report multiple corrupt approaches by an Indian bookmaker. The ban ended on October 29, 2020.