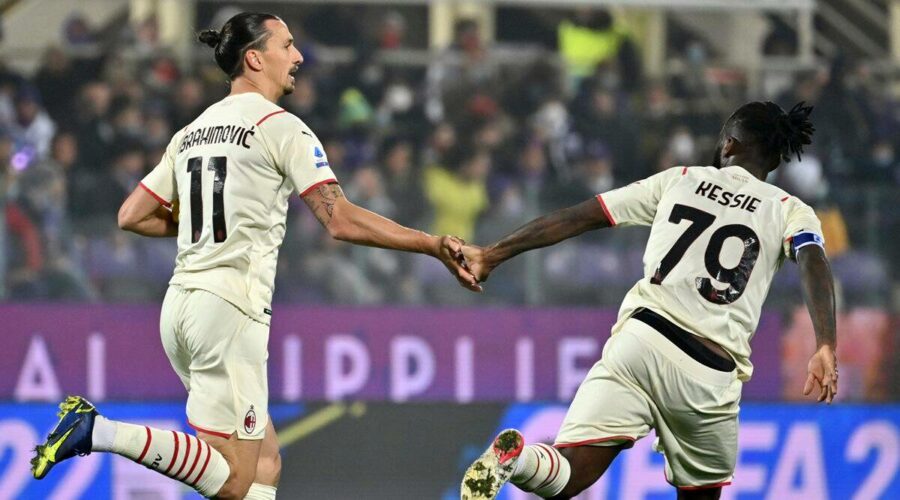 Zlatan Ibrahimovic became the oldest player to score multiple goals in a Serie A game but his brace still wasn't enough for AC Milan to win. Zlatan Ibrahimovic became the oldest player to score multiple goals in a Serie A game, but his brace still wasn’t enough for AC Milan to win on Saturday.

Despite the Sweden star’s two goals at the age of 40 years and 48 days, the Rossoneri slumped to their first loss of the season with a 4-3 defeat at Fiorentina.

Dusan Vlahovic was the hero of the night, scoring twice for Fiorentina. With 27 goals in 2021, the Serbia striker equaled Kurt Hamrin’s record from 1960 as the player with the most Serie A goals for Fiorentina in a single calendar year.

Atalanta _ which had failed to win its last three Italian league matches _ moved level with third-place Inter in the Italian league, with 25 points from 13 games. Inter has one match in hand and a better goal difference.

M’Bala Nzola put Spezia ahead in the 11th minute with the visitors’ first shot of the match, slotting home from the rebound after Atalanta goalkeeper Juan Musso parried an effort from Daniele Verde off the crossbar.

Atalanta replied with three first-half goals on its way to only its second win in seven home matches this season.

The first one came in the 18th when Pasalic leveled from close range following a breakthrough from Davide Zappacosta down the right.

Duvan Zapata missed a penalty kick that had to be retaken due to penalty-box encroachment, and the striker did not miss his second chance with a perfectly taken shot to the top left corner in the 38th. Pasalic then made it 3-1 with a clean finish to conclude a fast counterattack led by Zapata.

Substitute Luis Muriel added his name to the scoresheet with seven minutes left with a left-footed volley from Pasalic’s cross and Ukraine international Ruslan Malinovskyi made the win even more emphatic in the 89th. Nzola scored a consolation goal in added time.

Lazio was without the injured Ciro Immobile and did not impress, while Juventus lost Danilo during the match. The Brazilian right back was stretchered off the pitch with an apparent thigh injury, adding more concerns to an already depleted side.