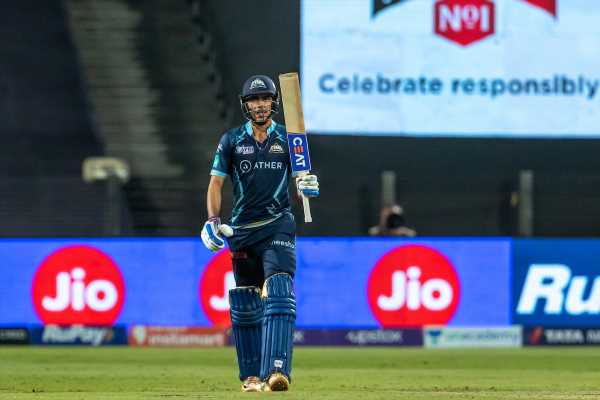 Gujarat Titans became the first team to qualify for the IPL 2022 playoffs on Tuesday, May 10, 2022, after they trounced fellow tournament debutants Lucknow Super Giants for the second time this season.

Despite posting a lowly 144/4, the Titans successfully defended the target, wrapping up the LSG innings on 82, thanks to a stunning bowling effort.

Earlier, questions were asked why Gujarat were not more proactive despite having lost only 4 wickets throughout their innings.

Shubman Gill was key in Titans’ innings after Hardik Pandya decided to bat in the evening game as the opener remained unbeaten on 63 off 49 deliveries.

After Pandya (11 off 13 balls) was dismissed early, Gill, alongside David Miller (26) and Rahul Tewatia (22*), helped the Titans to a competitive score.

Gill hit only 7 boundaries and his knock saw him run hard between the wickets at the MCA stadium which has seen plenty of high scoring games so far in the season.

Throughout his knock, Gill was criticised on Twitter for his slow pace of run-scoring. He finished his innings with a strike rate of 128.57, which didn’t please some spectators.

Only after the Lucknow batters struggled on the pitch did the value of Gill’s knock come to the forefront. He held the Gujarat innings together, not allowing a collapse like the one that Lucknow suffered.

After some spectators judged Gill’s knock as ‘selfish’, Gill responded with 2 emojis — one a tortoise and the other a hare to convey his message. Got it, folks?