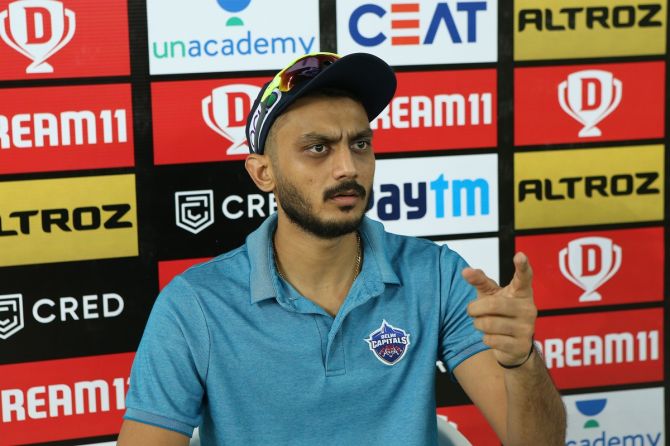 After struggling for the last 12 seasons, Delhi is finally looking like a title-winning side this year.

On Monday, October 5, DC spinner Axar Patel (2 for 18) bowled tight and tidy against the Royal Challengers Bangalore. Axar has the knack of bowling good overs that builds up the pressure for someone else to capitalise on the wickets.

DC pacer Harshal Patel was praised for his performance in their last game against the Kolkata Knight Riders.

Delhi showed faith in the 29-year-old seamer who has been a consistent performer for Haryana in first-class cricket.

So when two Patels got together for a chat after the victory, there had to be talk about Axar’s safe hands and Harshal’s performance on a ‘grassy’ Sharjah wicket.