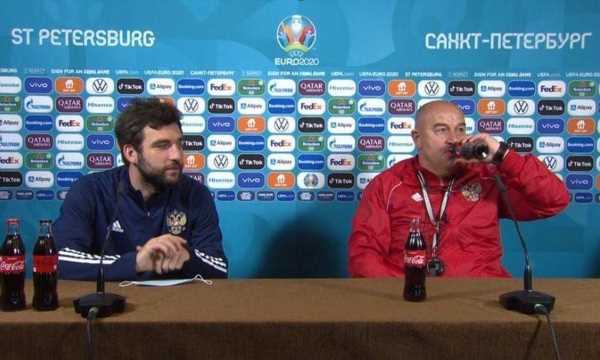 The real fizz at Euro 2020 appears to be occurring off the pitch, courtesy Cristiano Ronaldo.

Ahead of Portugal’s tournament opener against Hungary, Ronaldo decided a pair of glass Coca-Cola bottles didn’t belong on the table in front of him at a press conference.

The Portuguese captain produced a bottle of water, held it up and declared: ‘Drink water’.