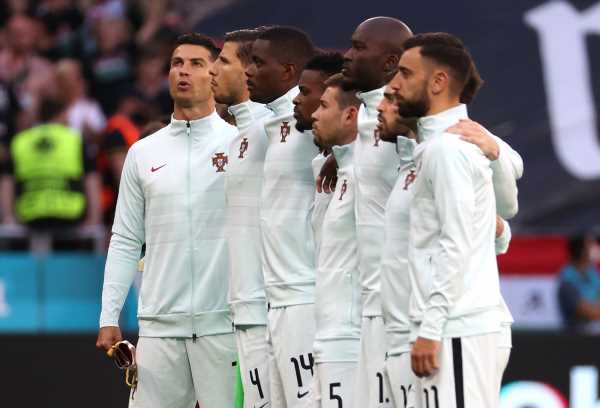 Cristiano Ronaldo made European Championship history on Tuesday, becoming the first ever player to appear in the tournament five times, after being named in the starting 11 for holders Portugal’s opener in Group F against Hungary, at Puskas Arena in Budapest.

The Portugal captain, who lined up in a front three alongside Diogo Jota and Bernardo Silva, moved ahead of Bastian Schweinsteiger as the player with the most Euros appearances in his 22nd game in a finals.

Coach Fernando Santos opted for a balanced centre of the park with two holding midfielders in William Carvalho and Danilo, while Nelson Semedo got the nod at right-back after Joao Cancelo was forced to withdraw following a COVID-19 positive test.

Hungary coach Marco Rossi went for his usual 3-5-2 formation to try to stifle the holders and Ronaldo, looking to Andras Schafer to take the place of injured talisman Dominik Szoboszlai.