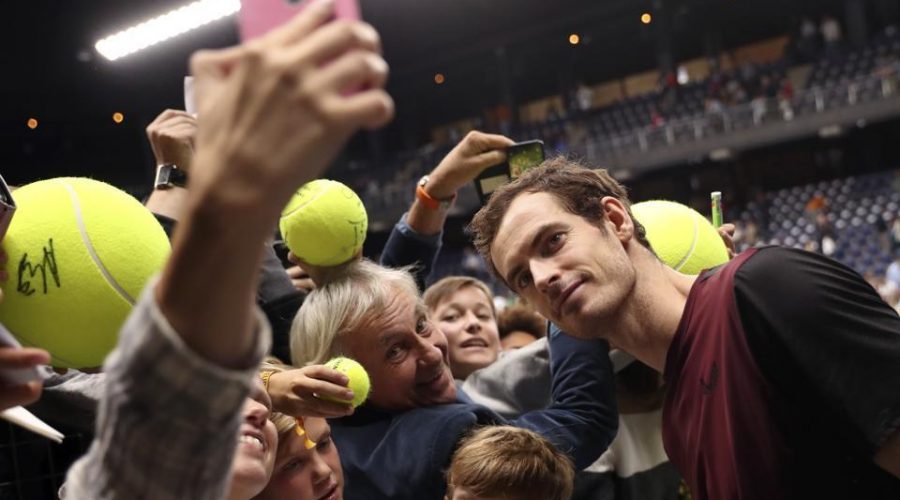 Roger Federer praised Andy Murray’s weekend Antwerp title just 10 months after the former number one underwent a hip resurfacing. “Andy’s achievement was great,” Federer said after rolling through into the second round of the ATP Swiss Indoors in Basel. “I was a little bit torn, since he beat (fellow Swiss) Stan (Wawrinka) in the final, but it was a great way for him to come back.”

Federer said that Murray’s perseverance to regain match fitness after his major surgery was admirable.

“He’s been playing to try and get close to his old level,” the 20-time Grand Slam winner added of Murray, who competed on the circuit for four straight weeks ending in Antwerp on Sunday.

“It’s nice to see Andy healthy again. I remember in the locker room of the Australian Open (when a tearful Murray played in pain and lost in a five-set first round match in January).

“It was very confusing for him and for all of us. I’m extremely happy for him,” Federer said.