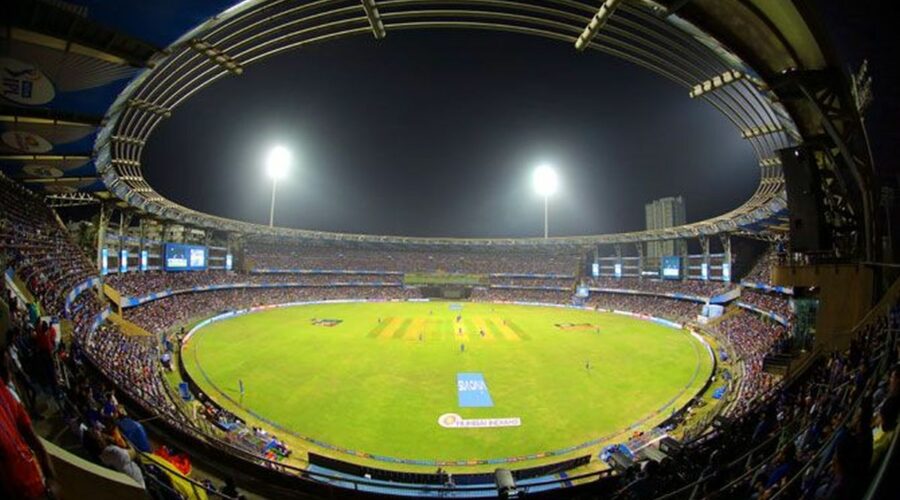 Many of the residents staying near the Wankhede Stadium in Mumbai want the matches in the upcoming IPL to be shifted out of the venue fearing crowds could worsen the Covid-19 situation in the area, a report in the Times of India said on Wednesday.

The IPL matches will be held without spectators in the stands at all the six venues including Mumbai.

However, the residents fear that when the buses of the IPL teams arrive at the Wankhede Stadium for their matches, a huge crowd could gather outside the stadium to catch a glimpse of their favourite cricketers.

According to the report, Asit Shroff, a resident of D Road in Churchgate, just across the Wankhede Stadium, has written a letter to Maharashtra Chief Minister Uddhav Thackeray asking the matches to be shifted to another venue in a non-residential area.

“The state government is compelled to restrict religious and other social activities like marriages, deaths etc and contrary to this, in these difficult times, IPL cricket matches of such magnitude lasting over several days is permitted,” he reportedly wrote in his letter.

The Maharashtra government on Sunday announced a weekend lockdown from Friday 8 pm to Monday 7 am to curb the spread of the virus, but BCCI president Sourav Ganguly confirmed that IPL 2021 will go ahead as per schedule and there would be no changes.

The Maharashtra government cleared the decks for the IPL to take place in Covid-19 ravaged Mumbai, allowing teams to practise after 8 pm IST and travel to their respective hotels during the night curfew that has been imposed across the state to contain the pandemic.

Wankhede Stadium is set to host 10 IPL games this season from April 10-25. The first match at the Mumbai stadium is slated to be played on April 10 between Delhi Capitals and Chennai Super Kings.