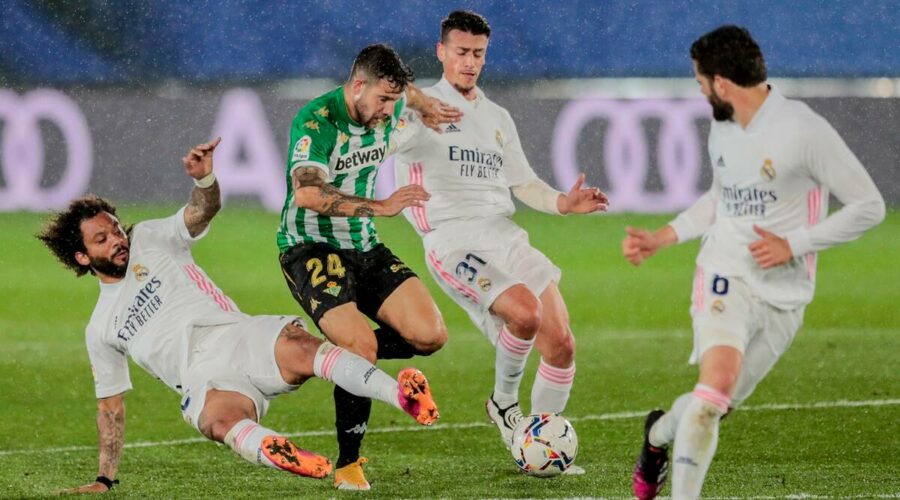 Real Madrid has stumbled in a tight Spanish league title race after being held at home by Real Betis to 0-0. 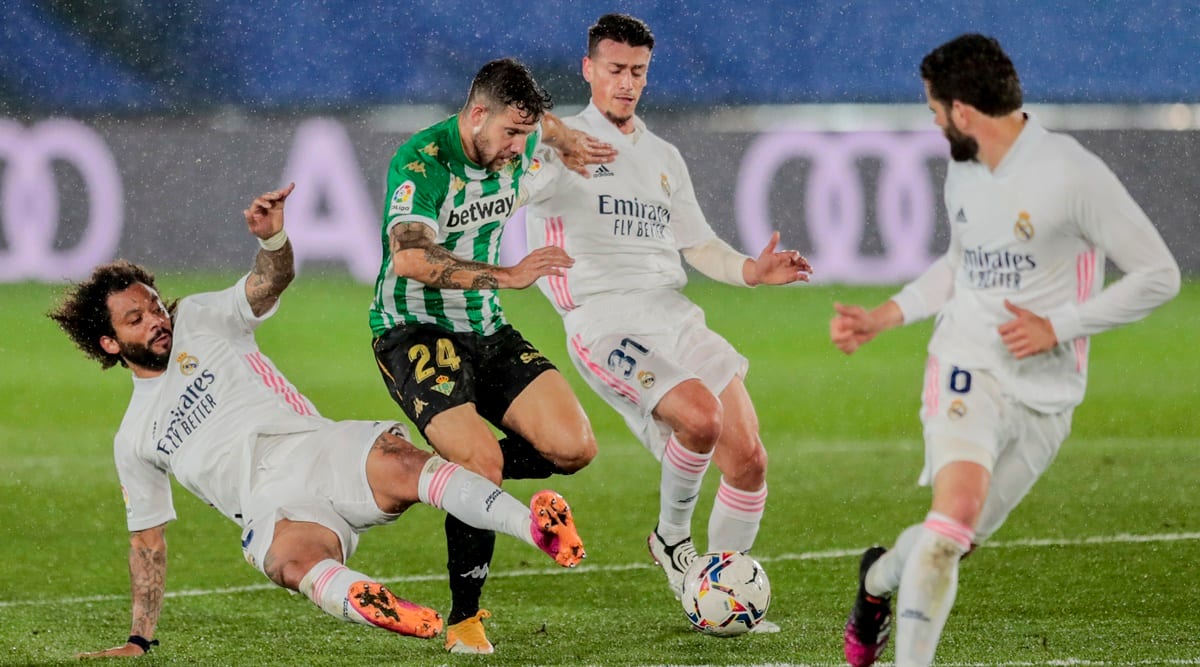 Another stumble by Real Madrid has cleared the path for Atletico Madrid and Barcelona to dethrone the sitting Spanish league champion.

Zinedine Zidane’s side produced a toothless attacking performance in drawing at home with Real Betis 0-0 on Saturday, its second scoreless stalemate in three rounds.

Even though coach and players denied they were caught looking ahead to their Champions League semifinal with Chelsea, Madrid mustered up one of its most lackluster performances of the season just when the title is on the line.

Madrid was left two points behind leader Atletico Madrid, which can take a big step toward its first title since 2014 if it wins at Athletic Bilbao on Sunday.

Barcelona also has the chance to move ahead of the defending champion. Lionel Messi’s side has two more games to play than its two title rivals, with its first coming at Villarreal also on Sunday.

“We tried, but we were lacking something in attack, like other times this season,” Zidane said. “But no matter what happens, we will keep fighting until the end. I don’t think (Atletico and Barcelona) will win all their matches.”

The slip came three days before Madrid hosts Chelsea in their first of two games to decide which advances to a spot in the European final.

Zidane, however, said he was confident the poor result won’t impact the semifinal against Chelsea.

“One match has nothing to do with the other,” Zidane said. “We are going to prepare for the semifinal on Tuesday, which will be much more complicated than our game today.”

The closest the hosts came to scoring under steady rain at its Alfredo Di Stefano Stadium was Rodrygo’s errant cross hitting the crossbar in the 55th minute.

Eden Hazard returned to the field in time to face his old team. The former Chelsea star went on as a late substitute for his first minutes in five weeks after missing eight matches because of his latest injury.

Betis, coached by former Madrid manager Manuel Pellegrini, remained in sixth place after just one loss in the last 11 rounds.

“We deserved more from this game,” Pellegrini said. “In recent weeks we have shown that no team is superior to us.”

A late goal by Spain left back Jose Gaya salvaged Valencia a 1-1 draw with Alaves.

Gaya finished off a shot by Maxi Gomez saved by Alaves goalie Fernando Pacheco in the 90th to cancel out John Guidetti’s goal just five minutes before.

Elche striker Lucas Boye scored in the first half to help beat Levante 1-0 and lift his team out of the relegation zone.

Valladolid was left in the drop zone after Cadiz fought back for a 1-1 draw on the road.