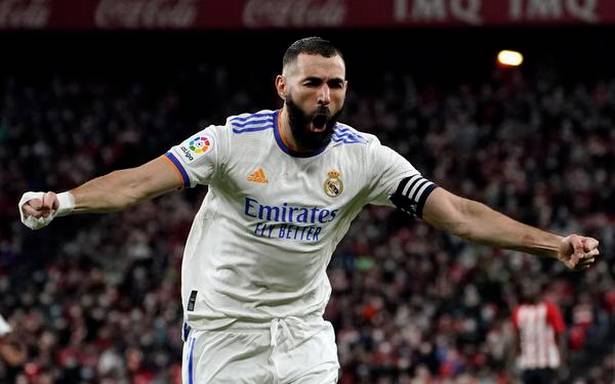 As Real ended the year with a bang, city rival and defending champion Atletico Madrid suffered its fourth straight defeat, a 1-2 reverse at Granada leaving it fifth a yawning 17 points behind.

Benzema ultimately put the fixture out of reach of Real’s Basque host in a matter of minutes, Oihan Sancet pulling one back with his speedy 10th minute reply which hit the woodwork before evading Thibaut Cortois.

Benzema’s 14th and 15th goals of the season consolidated his position at the top of the goalscoring chart.

Earlier, Atletico’s shaky defence of its LaLiga crown took another big hit with the injured duo of Antoine Griezmann and Stefan Savic absent.

12/23/2021 Sport Comments Off on Real beats Bilbao, finishes year on a high
India