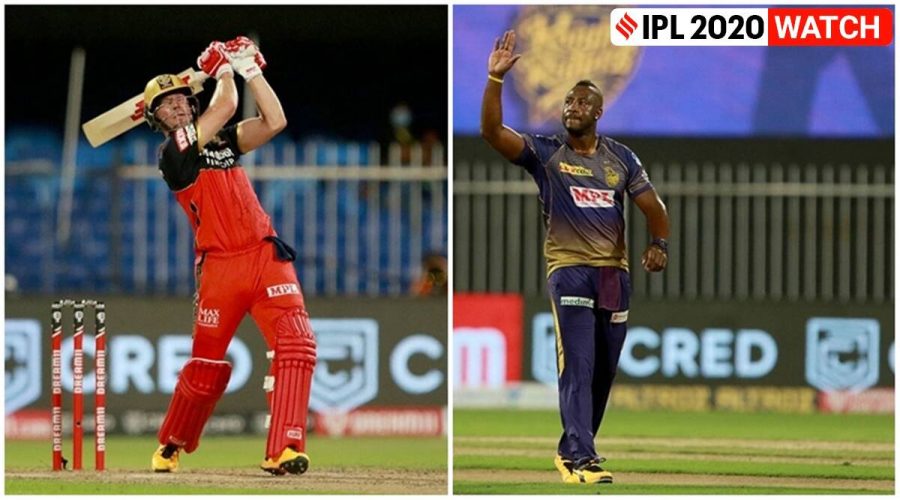 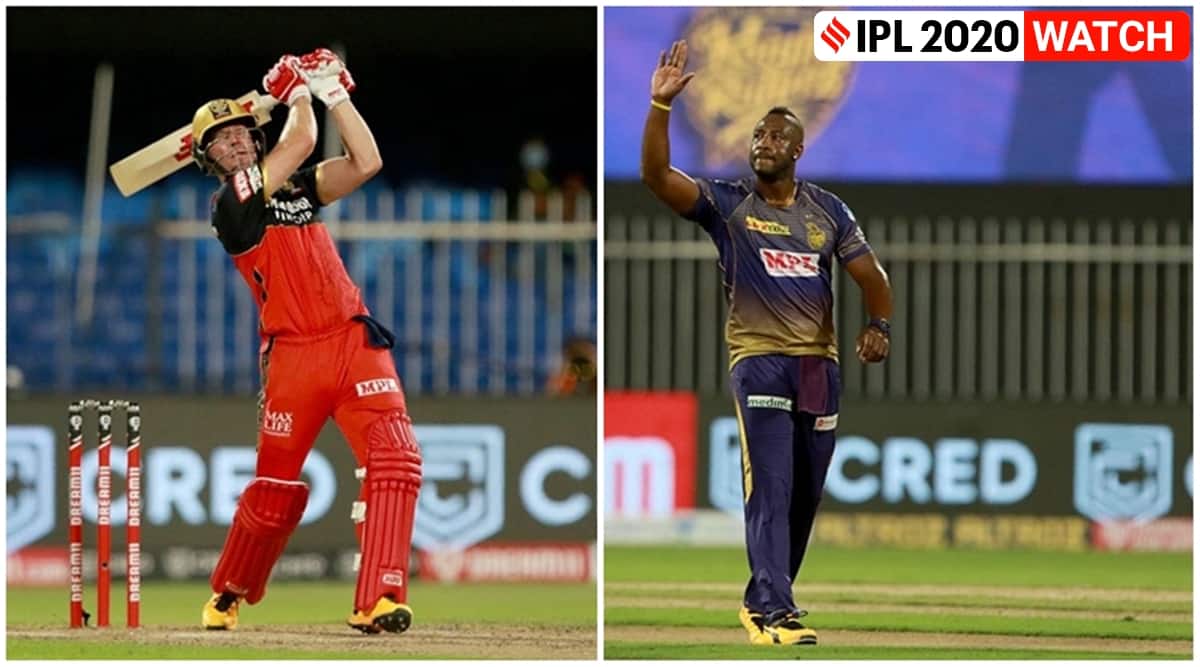 The Indian Premier League contest between Royal Challengers Bangalore and Kolkata Knight Riders on Monday bore witness to some exquisite batsmanship and history. While on one hand, RCB’s AB de Villiers smashed 73 not out off just 33 balls, on the other hand, KKR’s Andre Russell reached 300 T20 wickets (in his 337th T20 appearance ) after getting rid off RCB opener Devdutt Padikkal.

Earlier, AB de Villiers smashed 73 not out off just 33 balls in a magnificent batting display to power Bangalore to 194/2.

De Villiers looked effortless in finding the gaps, smashing six sixes and five fours in the company of skipper Virat Kohli (33 not out off 28 balls) as the duo put together an unbroken third wicket stand of 100 runs from 7.4 overs to take the team out of a middle-over muddle.

On a pitch that was slowing down, spinner Varun Chakravarthy bowled a tidy 0/25 from four overs, while young pacer Kamlesh Nagarkoti (0/36 from four overs) cleverly mixed up his deliveries with cutters to put brakes on RCB midway their innings.

Opener Aaron Finch (47 from 37 balls) looked sluggish in the middle and struggled to find boundaries before being castled by Prasidh Krishna.

With boundaries drying up, De Villiers unleashed his array of shots against a disciplined Nagarkoti, smashing him for consecutive sixes, over midwicket, one of which hit a running car.

The South African raced to his fifty in 23 balls as KKR cruised to 83 runs from the last five overs to prop up the total.