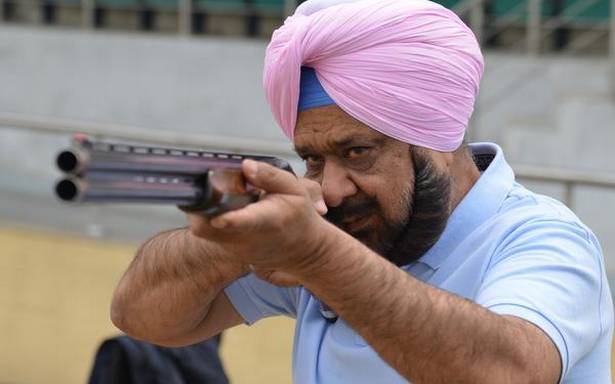 The 72-year-old Mr. Singh, a five-time Olympian shooter, is currently an Honorary Life Vice-President of the OCA

Veteran India sports administrator Randhir Singh has been appointed as acting president of the Olympic Council of Asia (OCA) after incumbent Sheikh Ahmad al-Fahad al-Sabah had to step aside after being found guilty of forgery by a Geneva Court.

The 72-year-old Mr. Singh, a five-time Olympian shooter, is currently an Honorary Life Vice-President of the OCA.

He also served as the Secretary General of the Indian Olympic Association (IOA) from 1987 to 2012 and was a full member of the International Olympic Committee from 2001 to 2014 before becoming its honorary member.

Mr. Singh’s appointment was confirmed by Al-Sabah himself in a letter to the OCA Executive Board and all its member National Olympic Committees.

"…I have decided to temporarily step aside as President of the OCA with immediate effect until I have successfully appealed today’s verdict," Al-Sabah said in the letter issued on Friday.

"…in accordance with the OCA Constitution Article 20.3, Raja Randhir Singh will become Acting President of the OCA as the longest serving member of the OCA Executive Board from Honorary Life Vice Presidents and the elected Senior Vice Presidents." "During the interim period, Raja Randhir Singh will carry out the duties and responsibilities of the OCA President, starting with the OCA Executive Board Meeting scheduled to be held on 13th September 2021," the letter further added.

In March this year, Mr. Singh was appointed as the chairman of the Coordination Committee of the 2022 Hangzhou Asian Games by the OCA General Assembly.

Olympic power broker Al-Sabah was found guilty of forgery linked to implicating his political rivals in Kuwait in a coup plot — a verdict that puts his long career in global sports politics at risk.

Al-Sabah, his English former lawyer, a Kuwaiti aide and two more lawyers based in Geneva in 2014 were convicted on forgery charges linked to orchestrating a sham arbitration case in the upscale Swiss city.

The Sheikh was sentenced to almost 14 months jail time with a further 15 months suspended in a case that has put much of his Olympic work on hold for almost three years.

Al-Sabah has immediately appealed against Friday’s vedict and vowed to come out clean from the charges.

"…I will be immediately appealing the decision to the Court of Appeal in Geneva.

"I have always maintained to you and the wider Olympic Movement about my innocence of the charges and I am determined to clear my name and I am totally confident of success," he said.