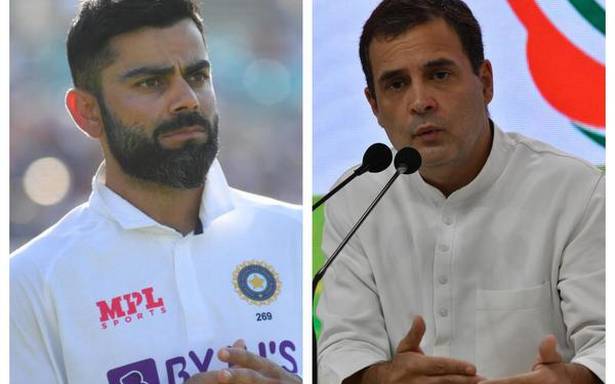 “Forgive them. Protect the team.”

Congress leader Rahul Gandhi on Tuesday extended support to cricket captain Virat Kohli, who has been facing an online attack after India’s two straight losses in the World Cup, and urged him to forgive those trolling him as they are "filled with hate because nobody gives them any love".

Kohli has been at the receiving end of fierce online criticism in the wake of India’s showing and also his strong comments calling out the targeting of teammate Mohammed Shami.

"Dear Virat, These people are filled with hate because nobody gives them any love. Forgive them. Protect the team," Gandhi said in a tweet.

India lost by eight wickets to New Zealand in Dubai on Sunday night, severely jeopardising their chances of making the semifinals.

Ahead of the match, a livid Kohli had hit back at "spineless trolls" who attacked Shami’s religion after the team lost to Pakistan in its inaugural T20 World Cup game and said targeting people for their faith is "the most pathetic thing" to do.