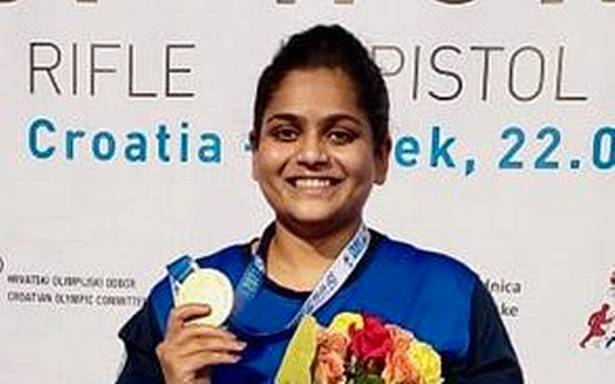 With quality competition under her belt, ace shooter confident of good show

Rahi Sarnobat’s charming personality often masks a strong competitive streak. And she has also learnt to respect the self more than the competitors.

After winning the sports pistol event in an absolutely world class field in Osijek, Croatia for her third World Cup gold, Rahi put things in perspective.

“Our duty is to consider ourselves equally good. We cannot go into a competition thinking that these guys are better.

“We have to go in thinking that we are tough competition for them,” said Rahi.

Rahi keen on getting some quality competitions under her belt before the Tokyo Olympics, not only took part in the European Championship and the World Cup, but also shot in Croatia’s National championship. Her qualification score of 581 in the Delhi World Cup in March has improved to 591 in Osijek.

“I was struggling with my qualification score. However, I knew it was just a process. I was going on the right path. It was a matter of getting enough competition,” said Rahi.

She was concerned about getting the technical aspects right, rather than thinking about the medal. The gold was a mere assurance that she was doing things right and getting really ready for Tokyo.

Speaking about Manu Bhaker, who placed seventh place, Rahi said, “Manu is talented, hard working and sincere. I think the only shooter who can do it is Manu. She will do it at the right time. This experience will give her the extra fire to perform much better in the Olympics.

“This was more like a trial for the Olympics. I had a word with her after the competition. She was expecting something in the final. But, experience is also equally important, like the medal.”

With a battery of coaches helping the shooters in fine tuning themselves, Rahi is confident that they are well poised.