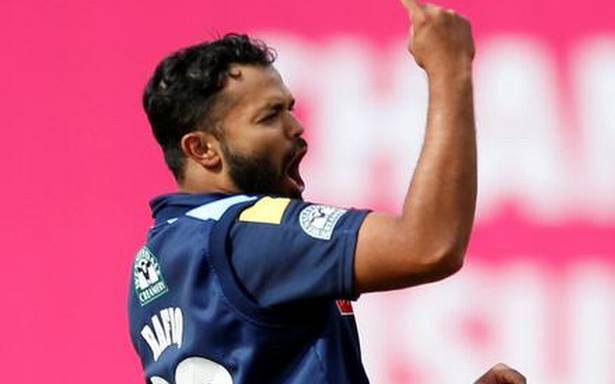 Joe Root, a Yorkshire player, said he had never personally witnessed incidents of racism at the club

Former Yorkshire spinner Azeem Rafiq said he was "incredibly hurt" after England Test captain Joe Root, a Yorkshire player, told reporters on Thursday that he had never personally witnessed incidents of racism at the club.

Rafiq said he was subjected to racism while he was a Yorkshire player between 2008 and 2018 but an inquiry found the conduct did not warrant any disciplinary action.

"Not that I can recall (if incidents of racism occurred), no I can’t. But it is clear things have happened at the club and we have to make sure we eradicate it," Root said.

Rafiq responded on Twitter: "Disappointed is not even the feeling. Incredibly hurt. But uncomfortable truths are hard to accept it seems."

In an earlier statement on Twitter, Root said the racism scandal engulfing his club had fractured the sport and called for change and action to make cricket better.

Yorkshire have been suspended from hosting international cricket and several sponsors have cut their ties with the club.

"It’s my club and I care passionately about it," Root said. "I’ve spent a lot of time reflecting. There is no debate about racism, no one side or the other. It is simply intolerable.

"These events have fractured our game and torn lives apart. I want to see change and actions that will see Yorkshire County Cricket Club rise from this with a culture that harnesses a diverse environment with trust across all communities that support cricket in the county."

Speaking to reporters in a conference call later, Root said the most important thing was for cricket to move forward as a sport, adding that racism was deeper than just cricket.

"I think we need to address what’s happened and find ways of educating more," he said.

Sheffield-born Root was also asked whether he was considering his position with Yorkshire.

"It affects me deeply that this has happened at a club I’m so close to and means so much for me to go and play for," said the 30-year-old, who will lead England’s bid to reclaim the Ashes in Australia starting next month.

"In terms of my position. If you’re not at the club how can you make any change? How can you help move things forward?"

Root, who has been at Yorkshire since 2007, said he was planning to meet with Patel at some time.