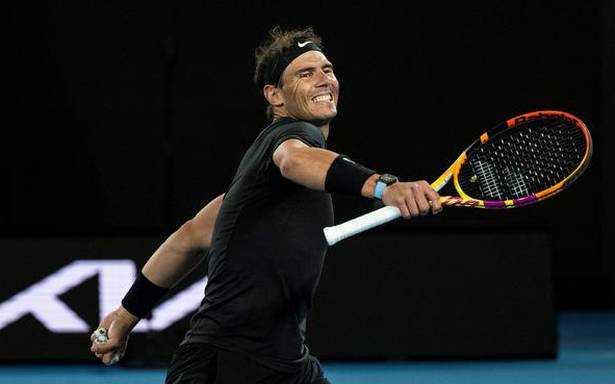 Spanish superstar Rafael Nadal’s Australian Open preparations remain on track after he beat American Maxime Cressy 7-6(6), 6-3 in the final of the Melbourne Summer Set on Sunday.

It was Nadal’s 89th title on the ATP Tour and the win ensures he has won at least one singles crown every year for the past 19 years.

Cressy had to win through two rounds of qualifying just to make the main draw.

Meanwhile, a fit-again Simona Halep stormed to her first title in 16 months when she downed Russian Veronika Kudermetova 6-2, 6-3. She last won in September 2020.

There were two simultaneous WTA events as part of the Melbourne Summer Set, with Amanda Anisimova battling past Belarusian Aliaksandra Sasnovich 7-5, 1-6, 6-4 to win the other. It was the 20-year-old American’s second WTA Tour crown.

World No. 1 Ashleigh Barty won her second Adelaide International title in three years with a 6-3, 6-2 victory over Elena Rybakina.

Frenchman Gael Monfils claimed the men’s title, the 11th of his career and his first in almost two years, beating Russia’s Karen Khachanov 6-4, 6-4.