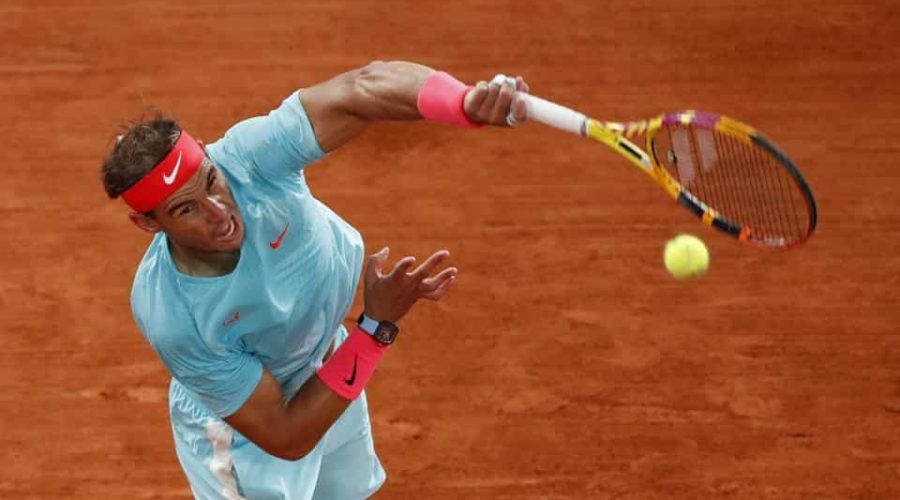 The Covid-19 pandemic might have changed many things in the world of sports but one thing has remained constant, Rafael Nadal’s dominance on clay. On Sunday, the Spaniard blew away the challenge of long time rival Novak Djokovic in straight sets (6-0, 6-2, 7-5) to win a record-extending 13th French Open title.

The triumph is an iconic moment in the history of men’s singles tennis as Nadal equalled Roger Federer’s all-time grand slam record of 20 titles. In his long standing rivalry with the Swiss ace, this is the first time that Nadal has equalled Federer’s tally of Grand Slams.

Djokovic himself has been outstanding as he is just three short of the two legends with 17 slams to his name.

But on Sunday the Serbian had no answers to Nadal’s excellence on the Parisian clay. Nadal started with a blitz as he won the opening set without dropping a game.

It was one way traffic in the second set too as Nadal broke Djokovic two times to win 6-2.

In the third set Djokovic showed some resilience and even broke Nadal’s serve for the first time in the match taking a 4-3 lead but he lost his serve again in the 11th game as Nadal broke back and served out the set 7-5 to win the match in straight sets.