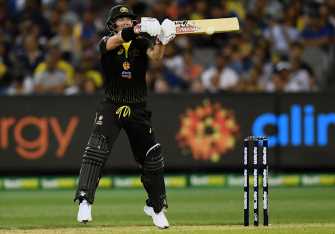 David Warner capped a brilliant return to form on home soil with a third successive half-century to fire Australia to a seven-wicket victory and a 3-0 T20 series sweep of Sri Lanka in Melbourne on Friday.

Having had a miserable Ashes in England, the hard-hitting lefthander continued his spring-time renaissance with an unbeaten 57 as Australia cruised past Sri Lanka’s modest total of 142 for six in 17.4 overs in the third and final T20 International at the Melbourne Cricket Ground.

It was Warner’s third unbeaten knock of the one-sided series, having scored 100 in the opener in Adelaide and 60 at the Gabba on Wednesday.

Warner whipped Nuwan Pradeep off his pads for four to bring up the winning runs, a fitting finish to his first international series at home since serving a 12-month ban for ball-tampering.

“On a personal front, it’s good to come out here and churn some runs out,” Warner said after receiving both the player-of-the-match and player-of-the-series awards.

“It’s good to get out in the middle and hit some out of the middle. Hopefully I can keep continuing this form over summer.”

Warner finished the series with 217 runs at a stratospheric average of 147.00 and now heads into the next three-match T20 tournament against Pakistan in ominous form.

Confined to paltry totals of 99 and 117 in the opening two matches, Sri Lanka’s batsmen had a slightly better showing in Melbourne, with Kusal Perera managing 57 off 45 balls.

But with spearhead Mitchell Starc back in the home side after missing the Gabba match to attend a family wedding, Australia’s pacemen were again dominant. 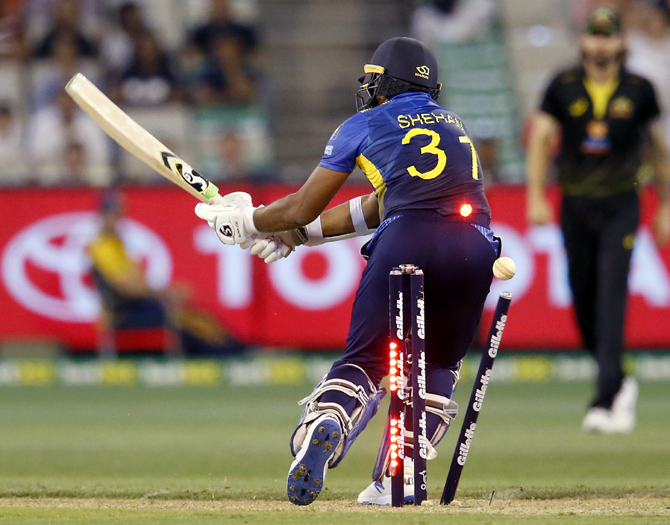 Sri Lanka finished the series with only six wickets from the three matches.

Sri Lanka’s fast-bowling captain Lasith Malinga failed to turn up to the post-match presentation, raising speculation of an injury.

Wicketkeeper-batsman Niroshan Dickwella went to the presentation in his place and played down his absence.

“I think so, I think he must be in the dressing room,” Dickwella said when asked whether Malinga was alright.

“From the game one we didn’t perform to our best, so we end up like this …. Definitely we learned a lot in this series.”