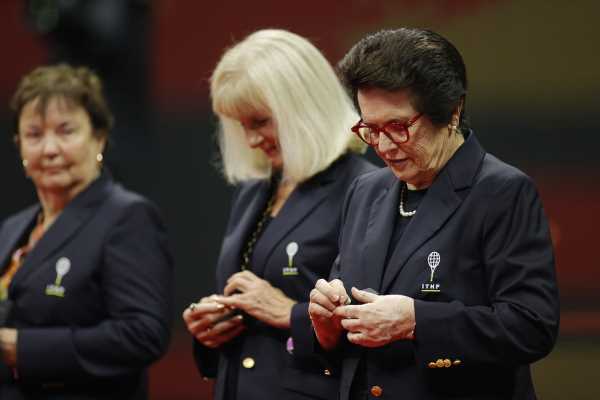 Tennis legend Billie Jean King, who was among the nine women to take a stand for equal rights in tennis, and five other former athletes were honoured at the US Open on Thursday.

Known as ‘Original 9’ for their stand on women’s rights in tennis, the players were awarded Tennis Hall of Fame rings in a “special” ceremony on Thursday night at the US Open. 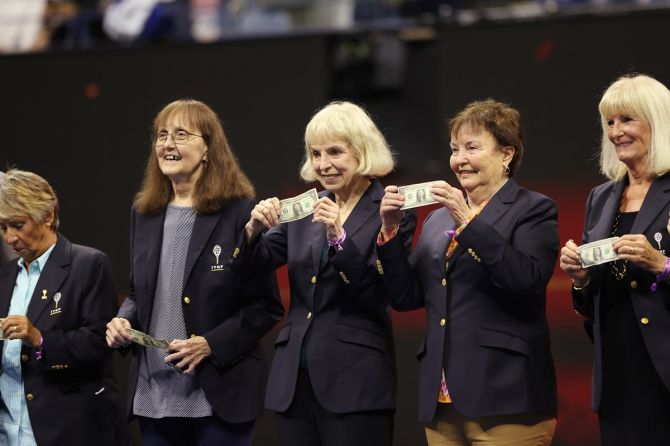 “The Original 9 was awarded with their @TennisHalloFame rings in a special ceremony tonight. Thank you for all you have done for equality in sports,” US Open Tennis tweeted.

Jean King also shared a picture with five other former women tennis players who are part of ‘Original 9’.

“Six of the Original 9, who signed $1 contracts in September of 1970 to pave the way for women’s professional tennis as we know it today. It’s an honor to be recognized at the #USOpen tonight,” Jean King tweeted.

“The Original 9 members in attendance at the #USOpen were honored on Arthur Ashe with rings to recognize our induction into the @TennisHalloFame. The important history of our sport and the exciting next generation, all in one place. What a night!” she added.