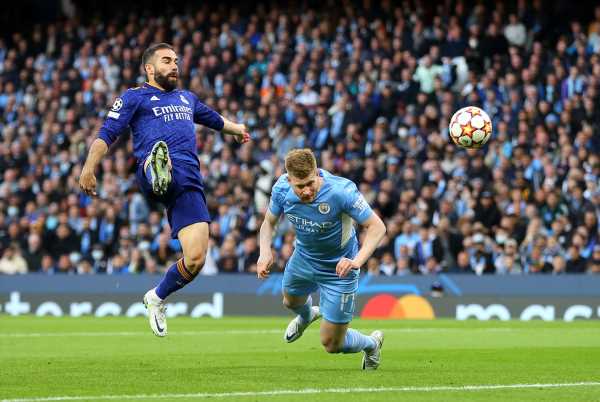 Manchester City will take a 4-3 lead into the second leg of their Champions League semi-final against Real Madrid after an extraordinary game at the Etihad Stadium on Tuesday.

Pep Guardiola’s side doubled their lead in the 11th minute through Gabriel Jesus, the Brazilian collecting a pass from De Bruyne and spinning away from David Alaba before drilling home. 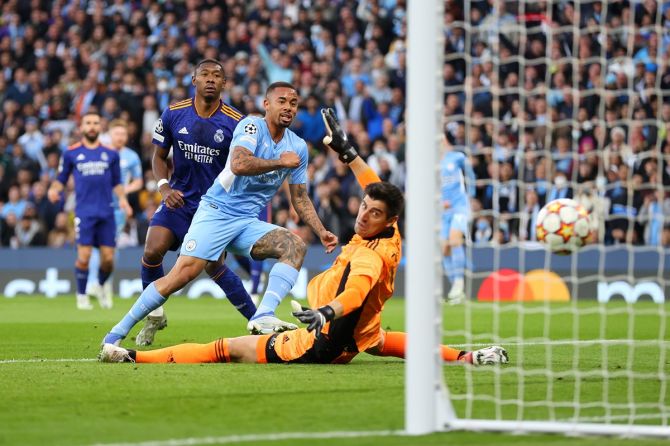 But Real got back in the game thanks to a familiar source — Karim Benzema scoring a goal out of nothing as he guided a Ferland Mendy cross into the far, bottom corner with the most delicate of steers after 33 minutes.

City restored a two-goal advantage eight minutes after the restart with veteran Fernandinho, on as a substitute, picking out Phil Foden with a perfectly weighted cross which the England international nodded home. 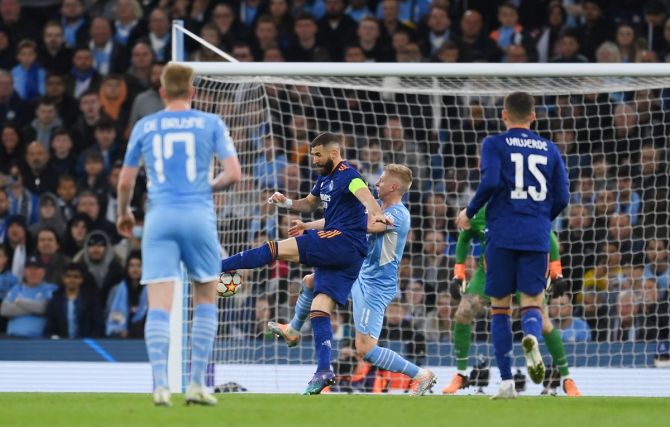 Two minutes later though Fernandinho was caught out as he allowed compatriot Vinicius Jr to break away past him on the touchline and the winger sprinted from halfway deep into the area before poking the ball past Ederson to make it 3-2. 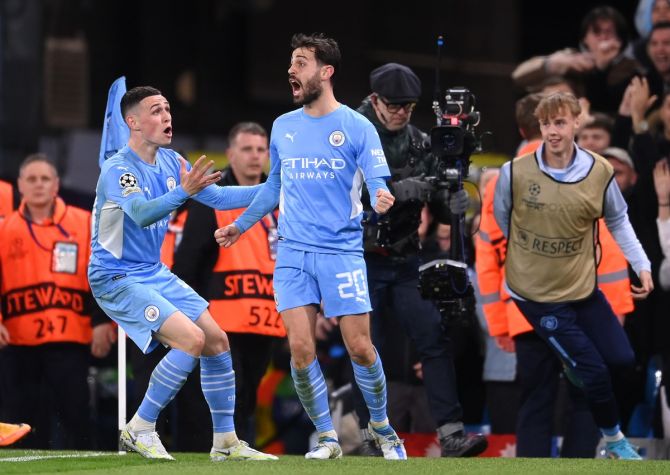 Yet again City found a way through, Bernardo Silva beating Thibaut Courtois with a superb drive into the top corner in the 74th.

But there was still more drama to come as City’s Aymeric Laporte was penalised when the ball struck his arm in the area and Benzema converted the penalty with a cheeky chip down the middle eight minutes from the end.