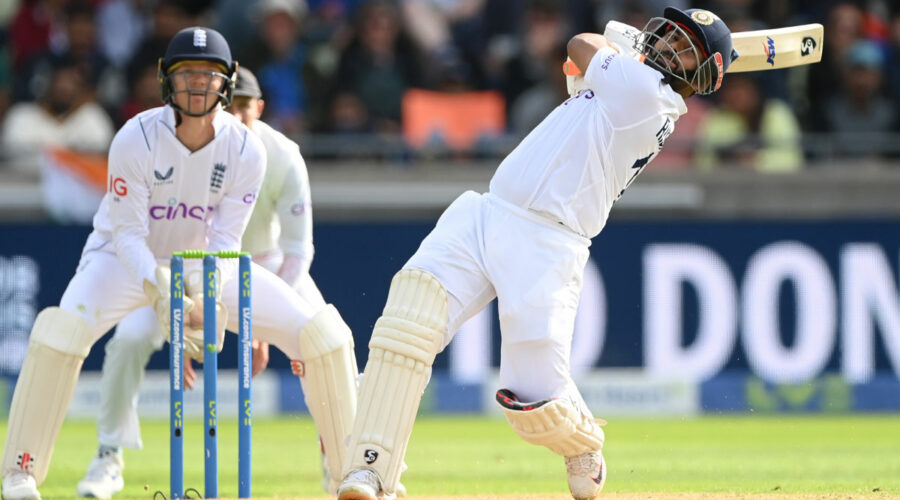 Rishabh Pant smashed a blistering 146 and forged a 222-run stand with Ravindra Jadeja to drag India back into the contest in the rescheduled fifth Test against England in Edgbaston on Friday.

The tourists were reeling at 98/5 in the second session before Pant combined with Jadeja and launched a spectacular counter-attack racing to an 89-ball century, his fifth in Tests, in the process. 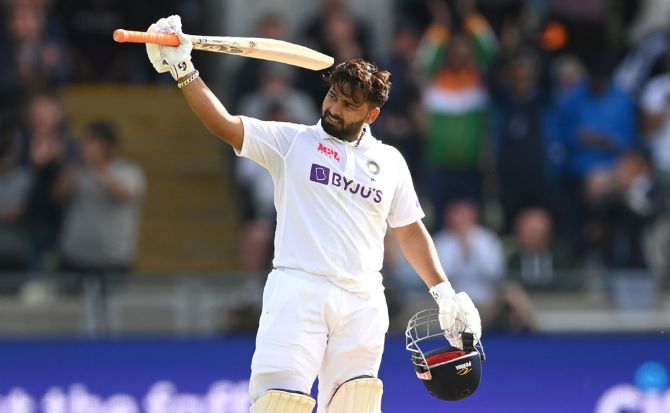 India finished the eventful day on 338/7 scoring at a more than five-runs-an over in the final two sessions.

Jadeja was unbeaten on 83, with Mohammed Shami yet to open his account.

Earlier, James Anderson (3/52) gave England a strong start on his return from an ankle injury that had kept him out of the third Test against New Zealand. 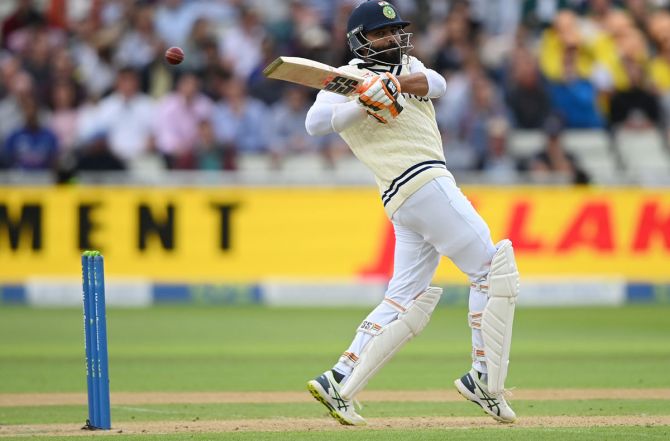 The veteran seamer drew first blood when he had opener Shubman Gill (17) caught at second slip by Zak Crawley and the same bowler-fielder combination sent back Cheteshwar Pujara for 13.

Matthew Potts removed Hanuma Vihari (20) after the lunch break and, in his next over, struck a bigger blow when Virat Kohli, in two minds whether to leave or play, dragged the ball onto his stumps to depart for 11. 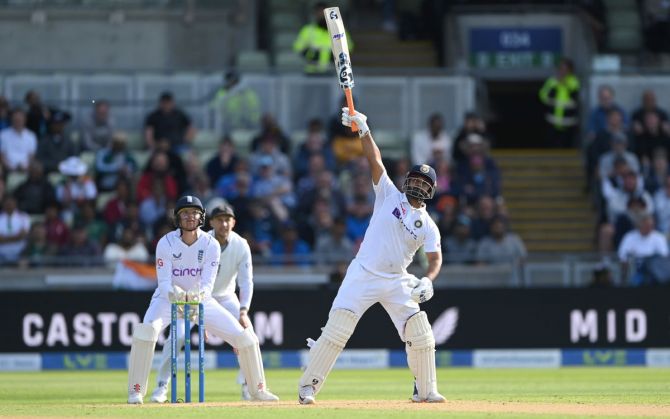 Anderson dismissed Shreyas Iyer with a short ball with Sam Billings flying to his left to take a stunning catch.

A batting collapse looked imminent but Pant had other ideas.

The left-hander lost no time to assert himself and his nonchalance was evident in the way he treated Anderson – stepping out and even reverse-sweeping Test cricket’s most prolific fast bowler. 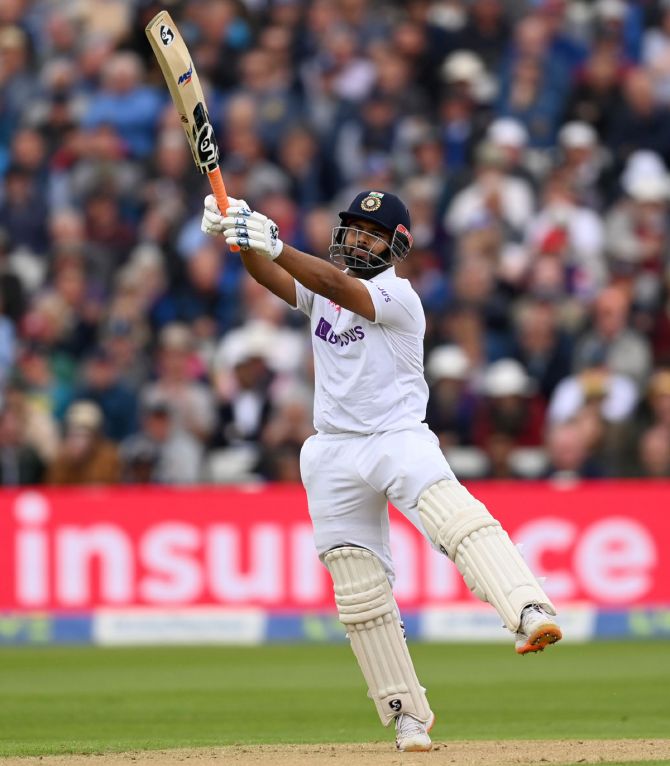 Pant’s best was reserved for Jack Leach though. The stumper-batsman he hit the left-arm seamer for three sixes, including two in the same over.

Pant took two runs off Stuart Broad to bring up his fifth Test hundred and took off his helmet to soak in the applause.

His comrade-in-arms Jadeja completed his fifty in the same over, following it with his trademark bat-twirling celebration. 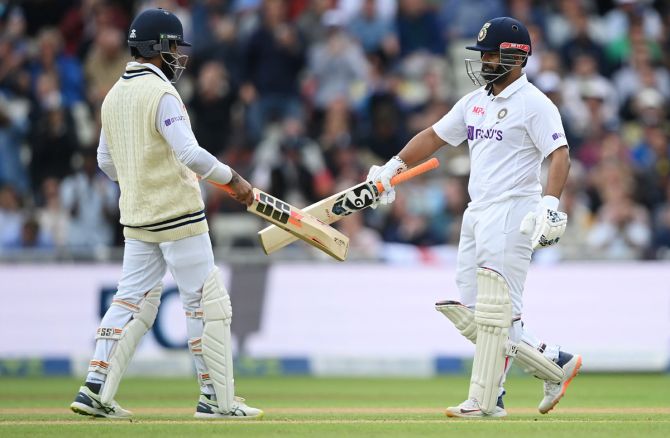 Part-time spinner Joe Root finally ended Pant’s 111-ball blitz, which was studded with 19 boundaries and four sixes, when the batsman went for a wild slog and Crawly collected the edge at slip.

India captain Rohit Sharma missed the match after testing positive for COVID-19 and seamer Jasprit Bumrah has been put in charge. 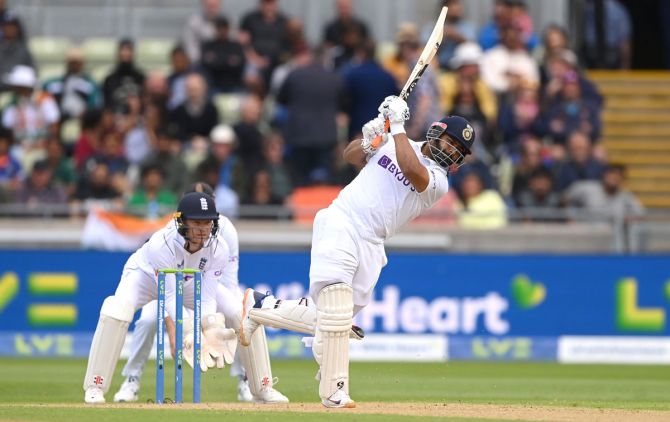 It also forced the tourists to tweak their opening pair with number three batsman Pujara moving up to partner Gill at the top of the order.

India are 2-1 up in the series which could not be completed last year following COVID-19 cases in the India camp ahead of the final match at Old Trafford.