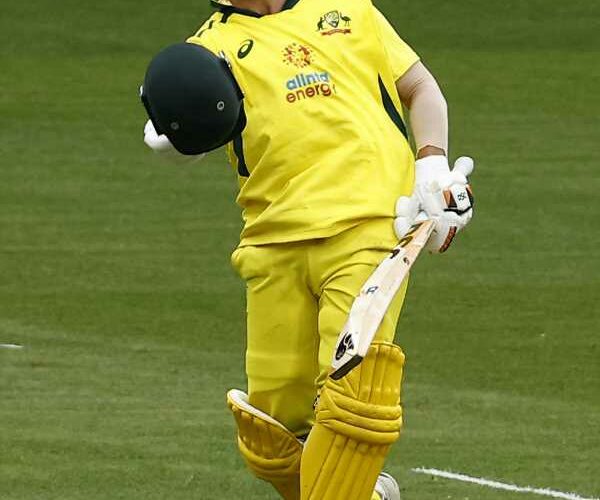 Head and Warner forged a 269-run stand, the highest opening partnership at the MCG, as Australia amassed 355-5, the highest total at the venue.

Australia, fuelled by hundreds from Travis Head and David Warner, crushed England by 221 runs in the third One-Day International to sweep the series in front of largely empty stands at the Melbourne Cricket Ground on Tuesday.

Head and Warner forged a 269-run stand, the highest opening partnership at the MCG, as Australia amassed 355-5, the highest total at the venue, after two rain interruptions had reduced the game into a 48-overs-a-side affair.

When they returned, spinner Adam Zampa (4-31) led England’s rout as the visitors, chasing a revised target of 364 under the Duckworth-Lewis method, were bundled out for 142 in 31.4 overs suffering their heaviest defeat in the 50-overs format.

“It’s been fantastic, all three games,” Pat Cummins, his first series in charge of the Australia ODI squad, said.

“Everything has really clicked, the bowlers have all wanted to bowl and the batters have been fantastic.

“Good to finish it off here, that’s just about the best ODI I’ve been a part of.” Earlier put into bat, Australia got off to a blazing start with Head and Warner relishing on the steady supply of short-of-length deliveries by England’s jaded attack.

Head raced to a 91-ball hundred, his third in one-day internationals, with a four off Chris Woakes and went on to make a career-best 152 which contained four sixes and 16 fours.

Warner, who made 106, needed 97 balls to bring up his 19th hundred ending a century drought dating back to early 2020.

Olly Stone (4-85) finally broke the stand in the 39th over dismissing both the openers in a space of four balls. 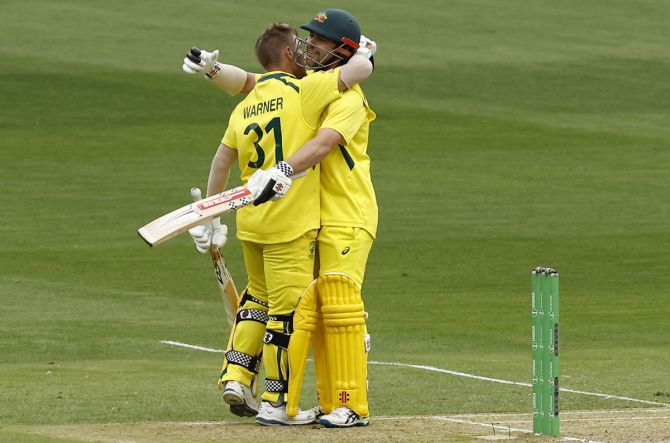 England, who won the T20 World Cup beating Pakistan in the November 13 final in Melbourne, were equally lacklustre in their batting.

Jason Roy topscored for them with a battling 33 but they lost wickets at regular intervals and the lack of partnership meant they were never in the chase.

Moeen Ali was initially rested but had to step in as concussion replacement for Phil Salt who hurt himself while fielding.