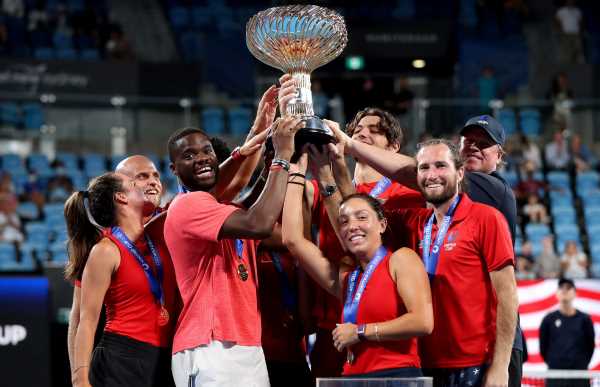 Taylor Fritz edged Matteo Berrettini 7-6(4), 7-6(6) as the United States justified their status as favourites to outclass Italy in a one-sided final at the inaugural United Cup mixed team tournament on Sunday.

Coming into the third rubber with his team 2-0 up and needing one more victory to win the $15 million event, world number nine Fritz took the opening set when his big-hitting opponent found the net in a tight tiebreak.

Indian Wells champion Fritz squandered five chances to break in the next set but held his nerve in another tiebreak, sparking wild American celebrations on the side of the court and in the stands.

“It’s great. It’s amazing for the team to win this event. We came in with really high hopes, or at least I did,” Fritz said. “I was really happy to be in that position to clinch the match.

“Just the emotions when you win and everyone comes running at you, it’s amazing. I don’t know if you saw the replay but Frances Tiafoe basically headbutted me.” 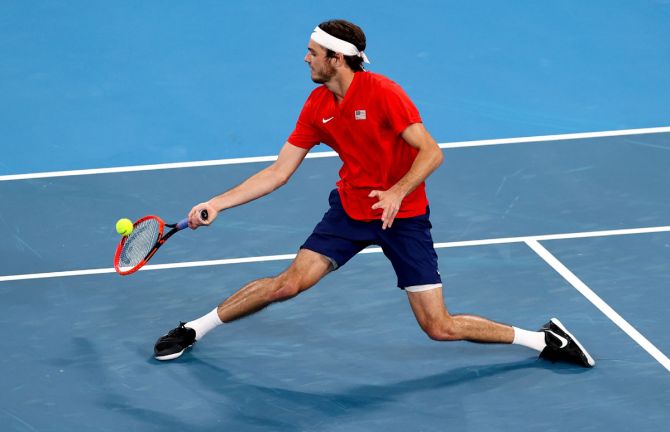 Madison Keys made it 4-0 by beating Lucia Bronzetti 6-3, 6-2 to kick off another round of celebrations as her team mates swapped the champagne for water and drenched the world number 11.

Earlier, Lorenzo Musetti’s withdrawal from his match with Tiafoe handed the US a 2-0 lead after Jessica Pegula downed Martina Trevisan 6-4, 6-2 at Ken Rosewall Arena.

A shoulder injury forced the 20-year-old Musetti to concede to Tiafoe after his first serve of the second set. The Italian lost the opener 6-2.

Tiafoe, ranked 19th in the world, had to fight to win his opening service game before breaking in the third game and easing to the first set.

Musetti, however, was struggling and, after attempting to play following treatment, he stepped over the net to concede. Pegula overcame Trevisan, clinching the opening set 6-4 as both players struggled on serve. She took command in the second set, winning the first five games before ending a late fightback by her opponent to prevail.

Victory in the season-opening tournament that began with 18 nations in six groups across Sydney, Perth and Brisbane extended US dominance of team tennis events.

While the tournament was praised for bringing players from the men’s and women’s tours together, its continued popularity will depend on how organisers tweak the format to reduce dead rubbers.

The US also took full advantage of playing in Sydney throughout, while their semi-final opponents Poland and Italy both travelled to the city midway through the event for the last-four stage.