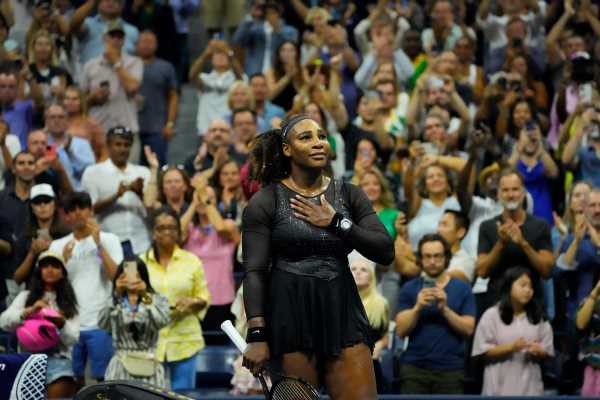 Serena Williams created an aura of invincibility, winning 23 major titles – the most by any player since tennis turned professional in 1968.

Since exploding onto the tennis scene as a 14-year-old, Serena Williams has achieved everything on a tennis court — but her incredible collection of titles and trophies barely define the imprint the American has left on her sport.

Shortly before turning 41, Williams looked to be headed into the sunset on Friday after her final competitive singles match, fittingly played at the US Open, where she won her maiden Grand Slam singles title in 1999 at the age of 17.

For the next two decades, Williams dominated the sport, creating an aura of invincibility and winning 23 major titles – the most by any player since tennis turned professional in 1968.

Only Margaret Court is ahead with 24 slams, but 13 of the Australian’s titles came before the Open Era.

It seemed only a matter of time before Williams would surpass Court’s haul when she lifted the Daphne Akhurst Memorial Cup in Melbourne in early 2017 but it turned out to be the last time Williams would hoist a major trophy.

She took a break from tennis to give birth to daughter Olympia and though she reached four more Grand Slam finals after returning to the tour in 2018, she lost them all.

Even those defeats contributed to her reputation as the “GOAT”, or “greatest of all time” of women’s tennis.

“There are people who say I’m not the GOAT because I didn’t pass Court’s record,” Williams wrote in the article in which she revealed her imminent retirement. “I’d be lying if I said I didn’t want that record.”

Williams signed off with 73 singles titles and spent 319 weeks as world number one.

When she was given a doubles wildcard at this year’s US Open, partnering her 42-year-old sister Venus, it gave the home crowd at Flushing Meadows something more to cheer about — albeit rather fleetingly as the duo lost in the first round.

“When Serena steps away from tennis, she will leave as the sport’s greatest player,” said American tennis pioneer Billie Jean King.

“After a career that has inspired a new generation of players and fans, she will forever be known as a champion who won on the court and raised the global profile of the sport off it.” 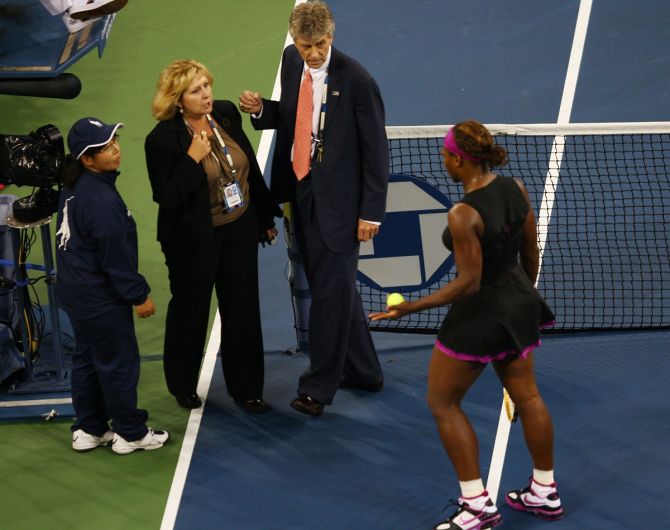 Her supremacy can be measured from the almost $95 million she has collected in prize money – more than twice as much as the second name on the list, Venus, with $42.3 million.

The on-court domination helped Williams to break down barriers and inspire a generation of Black Americans to seek success in the highest echelons of the sport.

Williams has been outspoken about the culture of racism that she and her family were subjected to within a predominantly white sport.

“Growing up I never thought that I was different because the number one player in the world was somebody who looked like me,” said American teenager Coco Gauff, who earned her first income as a Williams stunt double for an airline commercial.

“I think that’s the biggest thing that I can take from what I’ve learned from Serena.”

Her career was, however, not without its share of controversy.

Williams was handed a hefty fine and put on probation for two years for a foul-mouthed tirade at a lineswoman at the 2009 US Open. In 2018, she again got involved in an ugly on-court spat with the umpire at Flushing Meadows.

After being handed a series of code violations during her defeat by Naomi Osaka in the final, Williams was particularly upset when she was docked a game for verbal abuse after telling the umpire he was “a thief” for stealing a point off her for a previous infringement. Also calling him a liar, she added: “You will never be on another court of mine as long as you live.” Williams stood out even when it came to what she wore on court – be it her “catwoman” suit, the pink panther outfit or the skin-tight black catsuit with red waistband that caused a stir at the 2018 French Open.

Off-court she has been a fashion designer, an actress and has backed early stage companies, including MasterClass, one of 16 unicorns – companies whose market value exceeds $1 billion – with funding from Serena Ventures.

In addition to investing, she has developed a fashion line, struck a deal with Amazon Studios and serves on the board of the ecommerce marketplace Poshmark.

In June, Williams was named in the Forbes list of America’s richest self-made women with an estimated net worth of $260 million.

“She has so many platforms, from the body shaming, to working moms, to women of colour, and just empowering women,” said 18-times Grand Slam winner and ESPN analyst Chris Evert.

“I think that message, off the court, to me and maybe to millions of people, is more profound and more powerful than even what she’s done on the court.”

09/03/2022 Sport Comments Off on PICS: On court and off, Serena transformed her sport
India