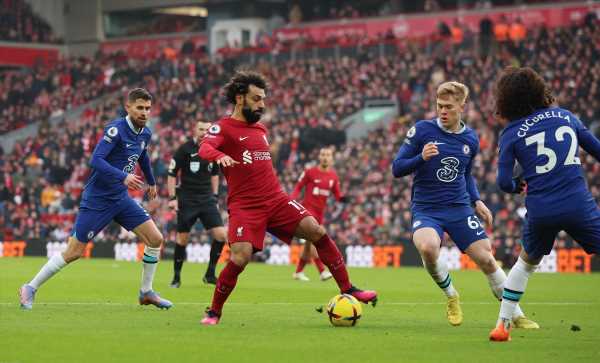 Images from Saturday’s action in the Premier League.

Liverpool and Chelsea continued their disappointing seasons as the injury-hit mid-table teams played out an uninspiring 0-0 draw at Anfield in the Premier League on Saturday.

Chelsea thought they had raced into a third-minute lead when Kai Havertz fired home from close range after a corner, only for VAR to rule the German off-side.

On Juergen Klopp’s 1,000th game in management, Liverpool seemed shorn of confidence as they looked to avoid three straight league defeats, only creating half chances with new signing Cody Gakpo missing the best of them in the first half.

The visitors introduced big-money January signing Mykhailo Mudryk in the second half but, while he looked lively, the Ukrainian was unable to lift the Blues, who earned a point that leaves them 10th, level on 29 points with Liverpool in eighth.

Both sides are nine points off the top four with Chelsea having played 20 games to Liverpool’s 19. 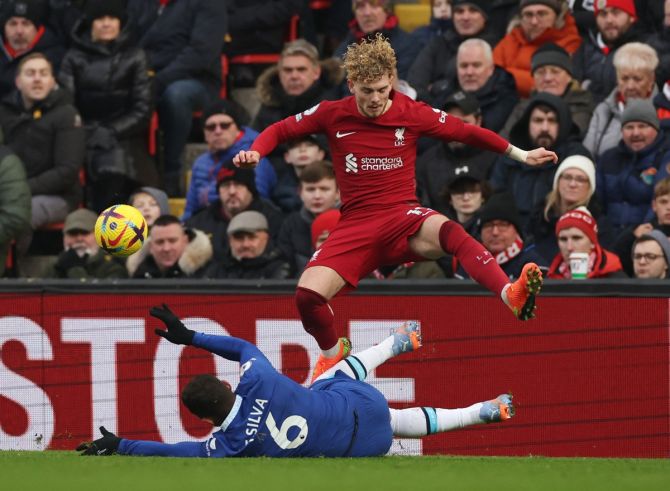 “I thought the performance was good,” Chelsea boss Graham Potter told BT Sport. “I am happy with the team, the energy, what we tried to do.

“At Anfield, it is always tough. It is a clean sheet and a point, we move forward. Overall, a positive day, apart from the fact we wanted three points.”

Klopp claimed Liverpool’s 3-0 loss at Brighton & Hove Albion last time out was the worst of his Anfield tenure, but things did not get much better against Chelsea.

The home side looked to be up against it once more from the off at Anfield as Havertz fired home from close range but, after a lengthy VAR review, the German was ruled to be offside.

Chelsea still should have gone into the break in front but another January arrival, defender Benoit Badiashile, headed too close to goalkeeper Alisson from close range.

After the break, substitute Darwin Nunez went close for Liverpool, Mudryk fired into the side-netting following a mazy run while Carney Chukwuemeka should have done better with a late opportunity for the Blues, but a draw was a fair result.

Liverpool have failed to win any of their last three Premier League games, while it is the first time they have failed to score in consecutive games in the competition since March 2021 against Fulham and Chelsea.