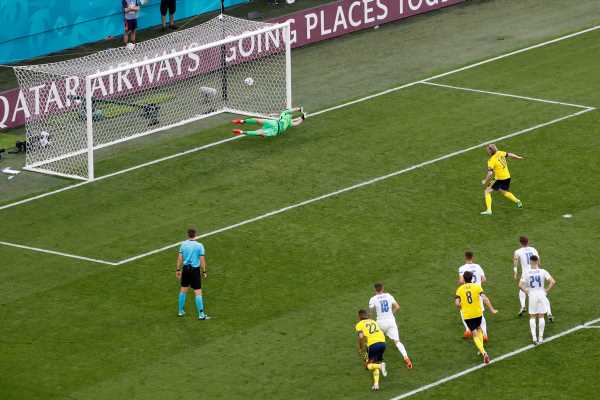 Emil Forsberg scored Sweden’s first goal of the Euro 2020 from the penalty spot as they edged out Slovakia 1-0 to boost their qualification hopes from Group E on Friday.

In a game which was short of clear-cut chances, Slovakia goalkeeper Martin Dubravka conceded a penalty in the second half when he tripped up Robin Quaison and RB Leipzig winger Forsberg made no mistake in beating him from the spot.

Sweden top the group with four points from two games, one ahead of Slovakia. Spain (one point) play bottom side Poland on Saturday while the final round of fixtures — Sweden v Poland and Slovakia v Spain — will be played on Wednesday. 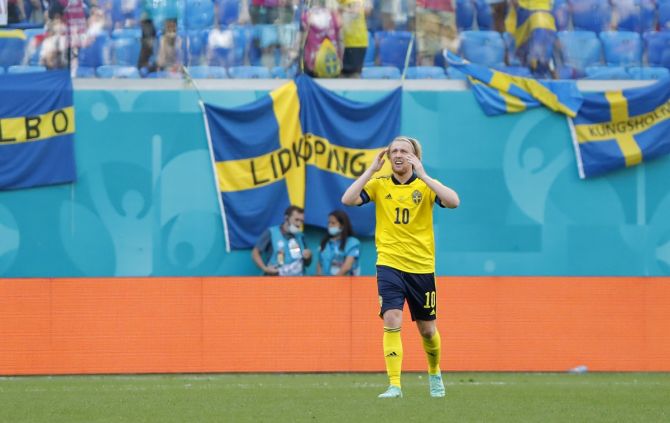 Both teams threatened to score from set pieces early in the first half but Slovakia’s Juraj Kucka and Sweden’s Mikael Lustig saw their headers sail over the bar.

Sweden were compact at the back, as they were against Spain in their goalless opener, and it was centre back Victor Lindelof who was initiating their attacks with his distribution from a high defensive line, which was at times camped in Slovakia’s half.

Slovakia switched to a five-man defence when they were out of possession, frustrating the Swedes who were unable to string passes in the final third while Slovakia’s defence easily won the aerial duels.

Slovakia eventually made inroads into the final third towards the end of the first half as Sweden retreated but they lacked the creativity to make the final pass count and the first 45 minutes ended with neither goalkeeper tested. 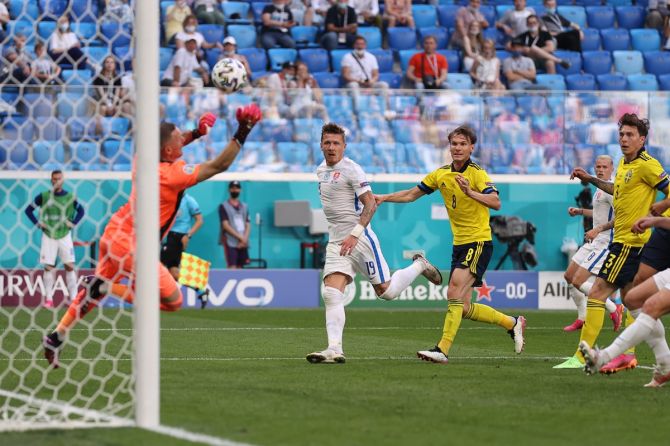 Sweden started the second half on the front foot, with Alexander Isak and Forsberg having shots blocked in the first two minutes.

At the other end, Ondrej Duda found space to pull the trigger at the edge of the box but saw his shot fly inches over the crossbar.

Sweden’s Ludwig Augustinsson brought the crowd to life at the hour mark when he directed a powerful header on target but he was denied by a fine reflex save from Dubravka, who tipped it over the bar.

Isak turned things up a notch, leaping high to win a header which drifted agonisingly over before his nifty footwork allowed him to make solo run from his own half past three defenders to curl an effort that was parried away by Dubravka.

The 21-year-old Isak then turned provider which proved fruitful when he released substitute Quaison, who drew a foul from Dubravka in the box and Forsberg stepped up to convert the penalty and seal the three points.

06/18/2021 Sport Comments Off on PICS: Forsberg fires Sweden to victory over Slovakia
India