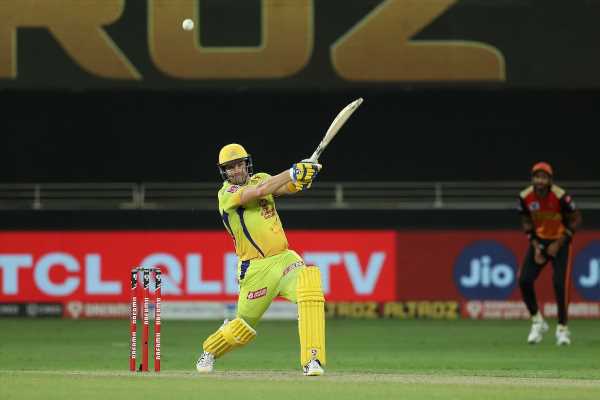 Shane Watson and Ambati Rayudu shared an 81-run stand but SunRisers Hyderabad did well to restrict Chennai Super Kings to 167 for 6 in the Indian Premier League match, in Dubai, on Tuesday.

Watson’s 42 off 38 balls was studded with one four and three maximums, while Rayudu’s hit three boundaries and two sixes in his 34-ball 41-run knock.

Jadeja (25 not out) and Dhoni (21 off 13 balls) played quick cameos smashing a total of five fours and two sixes between them in a stand of 32 in just 2.4 overs. 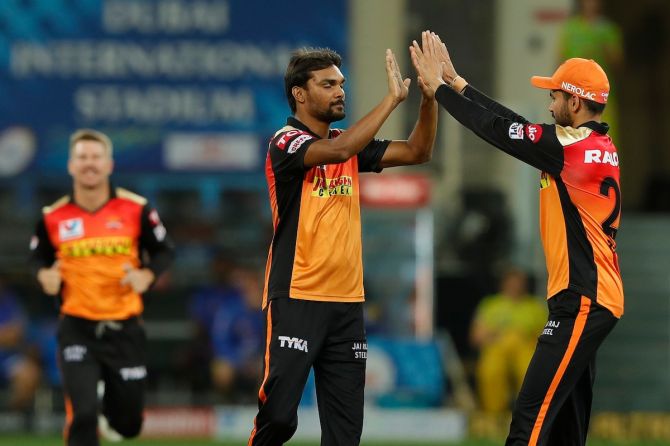 Sharma drew first blood for the SunRisers, removing du Plessis at the start of the third over. The South African snapped one to Jonny Bairstow off the first ball he faced and was out for a golden duck.

Curran was off to a bright start, smashing Ahmed for the first boundary of the match in the second over. He continued his onslaught on the pacer by hitting him for two fours and as many sixes in the fourth over, quickly racing to 31 off 21-balls. 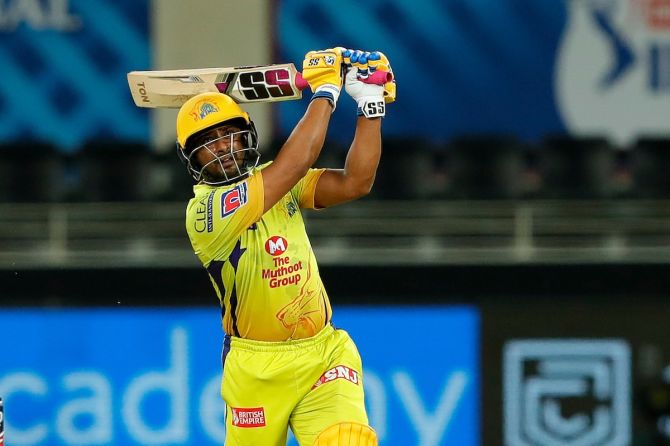 But Curran’s time in the middle was brought to an end by Sharma, who went around the wicket to bowl a good length delivery which angled onto the leg stump.

Chennai Super Kings ended the powerplay at 44/2, with both openers back in the dugout. 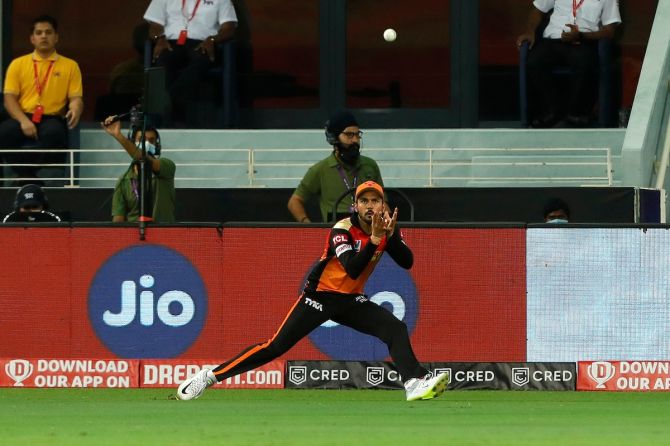 With pacer Sandeep accounting for both openers in the Powerplay, Watson and Rayudu stitched a valuable 81-run partnership.

The duo initially kept the scoreboard ticking with occasional boundaries on a dry but weary surface, but upped the ante in the 15th over, hitting Rashid Khan for a six each.

Ahmed broke the stand by getting rid of Rayudu, who was caught at long-off by skipper David Warner.