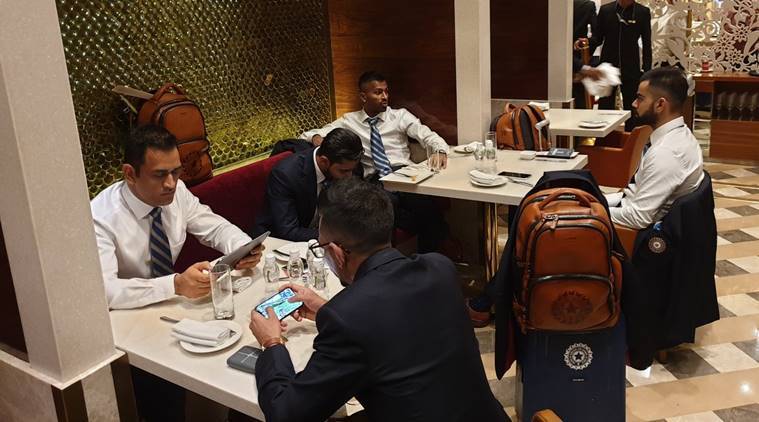 Indian team departed from Mumbai on Tuesday night for the Cricket World Cup in England and Wales. The 50-over extravaganza gets underway on May 30 with India playing their first game on June 5. Indian cricket team departed for the ICC World Cup 2019 in United Kingdom late Tuesday night from Mumbai. The 15-man squad was joined by the coaches, support staff and physios on the trip to England and Wales where the World Cup will be played starting May 30. The tournament opener will feature hosts England against South Africa with India facing the Proteas on June 5.

During the day, captain Virat Kohli attended the press conference with coach Ravi Shastri and took questions from the assembled media. Kohli, has termed the tournament the “most challenging” for him due to the round robin format. He said maintaining intensity from the first ball will be key to his side’s fortunes in the showpiece event.

For the first time since the 1992 edition, all teams will play each other once to decide the semifinalists. After South Africa, India will take on Australia (June 9), New Zealand (June 13) and Pakistan (June 16).

“Personally, it will probably be the most challenging World Cup I have been part of because of the format and also the strength of all the teams. If you look at Afghanistan from 2015 to now, they are a completely different side,” said Kohli at the pre-departure press conference. 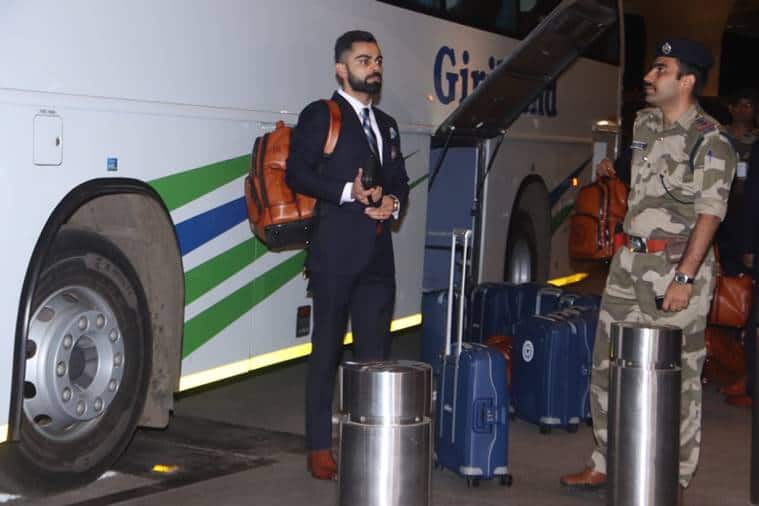 “Any team can upset anyone. That is one thing we have in mind. Focus will be on to play the best cricket that we can. You have to play to the best of your potential in every game because it is not a group stage situation.”

“Playing everyone once is great for all the teams in my view. It is going to be a different challenge and every team will have to adapt quickly to,” added Kohli.

Talking about his side’s first four games, Kohli said, “That sets the tone nicely for us. Everyone will have to be at their best and maintain intensity from the first match onwards. You don’t have any room for complacency and that is why it is the World Cup and the most important tournament.

“We expect that kind of pressure from the first second we step on the field. We are not going to let ourselves think that ‘first week onwards we will get into it’. You have to arrive on the day match ready with hundred percent match intensity and start building from there. This is the challenge. 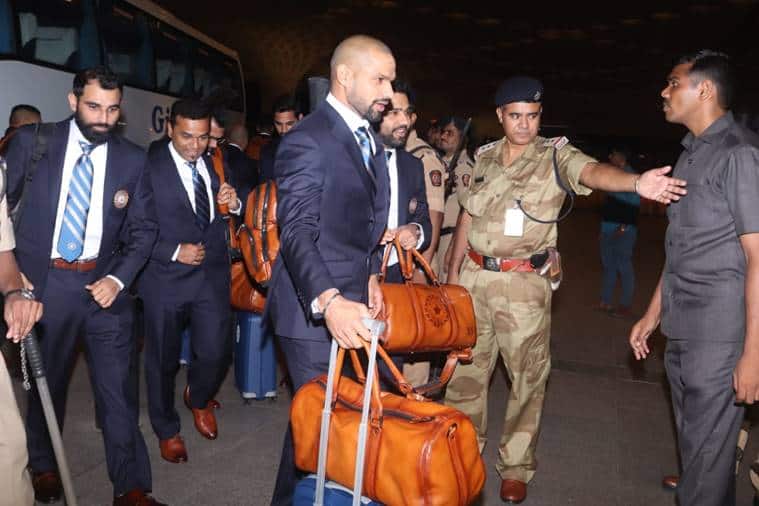 “If you look at all the top clubs in football they maintain their intensity for three-four months whether in Premier League or La Liga. So why not? If we get on a roll and we maintain our consistency we should be able to do it for the length of the tournament.”

Recent series between Pakistan and England saw 300-plus scores being hit with utter ease but Kohli said things could change during the World Cup. “As I said the pitches are going to be very good. It is summer and the conditions are going to be nice. We expect high scoring games but a bilateral series can’t be compared to a Word Cup, it is very different.”

“So we might also see 260-270 kind of games and teams defending it because of the pressure factor. We expect all kinds of scenarios in the World Cup.” More than the conditions, his team will have to cope well with the high-pressure situations that a World Cup brings with itself. 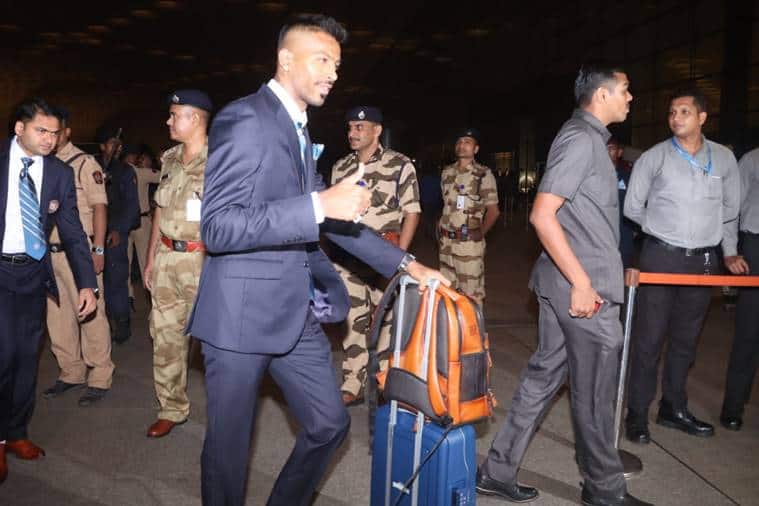 “It is always good to go to any place in advance. You are right, it does (help) getting rid of the nerves you might have as a side going into the World Cup. White ball cricket in England, playing an ICC event, the conditions are not that difficult compared to Tests. Handling the most pressure is the most important thing in World Cup and not necessarily the conditions.” Kohli said his highly-rated bowling line-up is ready for the challenge.  “All the bowlers in the squad, even in the IPL, they were preparing themselves for 50-over cricket. You saw all the guys bowling, no one looked tired after bowling four overs. They were very fresh. The ultimate goal at the back of their mind was always to be fit for the 50-over format and not necessarily let the fitness come down and that was communicated to them before the IPL started.”

Kohli said he was not overly worried about Kuldeep Yadav’s form after performing poorly during the IPL. He said Kuldeep and Yuzvendra Chahal are “pillars” of India’s bowling attack. “In hindsight, if you look at it, someone like Kuldeep who has had so much success, it is important to see a period where things don’t go your way. We are glad that it happened in the IPL rather than during the World Cup.” “So he had time to reflect and correct things and come into World Cup even stronger. We know the kind of skill set he possesses alongside (Yuzvendra) Chahal. They are two pillars of our bowling line up.” Kohli also did not seem worried about all-rounder Kedar Jadhav, who missed the latter half of IPL after hurting his shoulder. “Kedar also, we understand the kind of pitches they got playing at home. We are not worried about him. He was looking in good space. Yes he did not get runs but Twenty20 is such a format in which you don’t get runs and it can go on like that for a few games.”

Mahendra Singh Dhoni will have a massive role in India’s bid to regain the World Cup, said Shastri.  “He is right there, his communication has been fantastic. As a keeper, he has shown over the years that no one is better than him in this format, not just in taking catches, inflicting those run-outs or stumping, these are little moments in the game which can change it on the head and there was no one better than him,” he said. 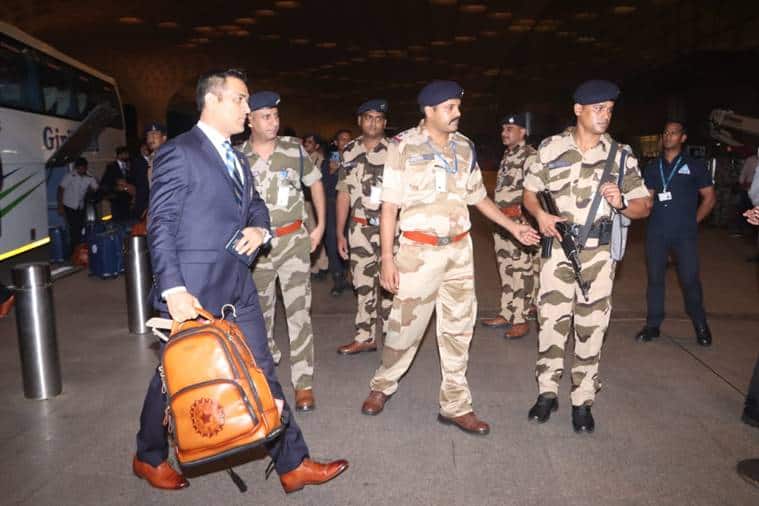 Dhoni, who will be playing in his fourth World Cup, amassed 416 runs at an average of 83.2 in the last IPL and led Chennai Super Kings to the final, and Shastri said he was impressed with his footwork during the league.

India play New Zealand on May 25 in the first of their two warm-up matches followed by the second in against Bangladesh on May 28.