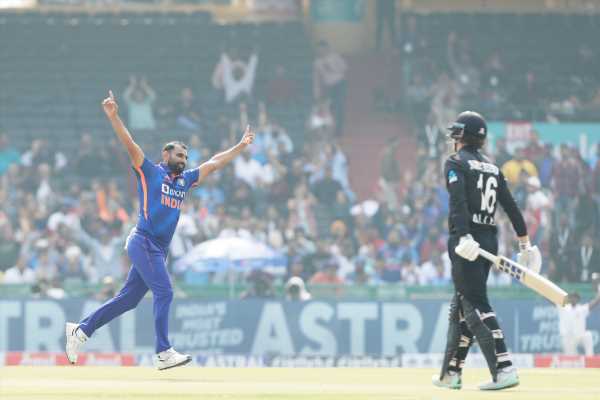 Images from the second One-Day International between India and New Zealand, at Raipur.

The Mohammed Shami-led pace attack produced an incisive spell on a tricky surface as India bowled out New Zealand for 108 in the second ODI, in Ranchi, on Saturday.

After New Zealand collapsed to 15 for 5 by the 11th over, passionate fans who flocked to the remotely located Shaheed Veer Narayan Singh Stadium for Raipur’s first international game, feared an early finish.

Shami (3/18) and Mohammed Siraj (1/10) made life tough for the batters with their high quality seam bowling on a helping pitch. The odd ball stopping made the batters’ job tougher.

Opener Finn Allen was the first to depart after missing a full ball that came back in late to clip the pads and shatter the stumps.

Siraj then got one to seam away from good length, inducing an outside edge from number three Henry Nicholls and Shubman Gill did the rest in the slips. 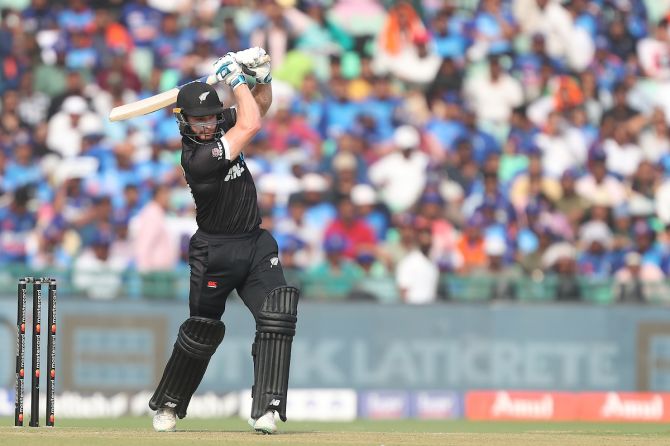 Shami got one to shape away and Daryl Mitchell, in his attempt to flick it on the on-side, ended up mistiming it back to the bowler.

Hardik’s one-handed catch to get rid of Devon Conway in the 10th over was sensational. Shardul Thakur (1/26) got himself into the wicket column in the following over by drawing a thick edge from Tom Latham’s bat. It was a loose shot from the New Zealand skipper, ending with an easy catch to Gill in the slips.

New Zealand were in dire straits, but all hope was not lost with last match’s centurion Michael Bracewell (22) and the equally dangerous Glenn Phillips (36) in the middle. 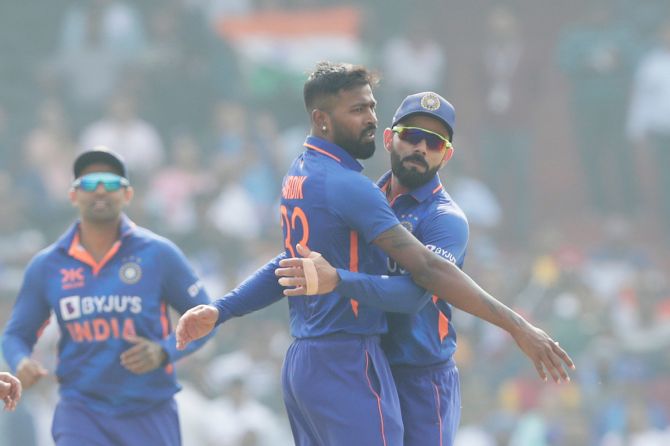 Bracewell made his intent clear by stepping out to whack Shami over cover. After getting hit for consecutive fours in the 19th over, Shami bowled a sharp bouncer and Bracewell went for the pull only to edge it back to the keeper.

Mitchell Santer (27), who scored a fifty in Hyderabad, joined Phillips and duo took the team past 100 with a 47-run stand for the seventh wicket. However, both were dismissed in a space of six balls to end New Zealand’s hopes of a recovery.

While Santner played a well-disguised slower ball from Hardik on to the stumps, Phillips gave a regulation catch to Suryakumar Yadav at deep midwicket off a long hop from Washington Sundar (2/7).