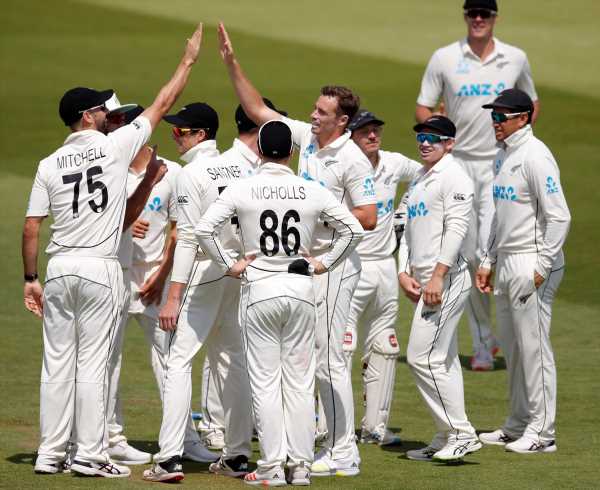 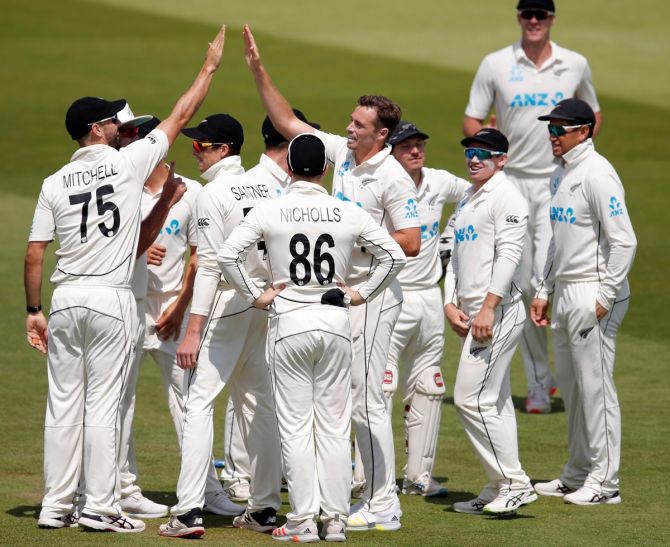 New Zealand’s Tim Southee took six wickets while England opener Rory Burns hit 132 on his side’s way to being bowled out for 275 in the first innings, leaving them trailing the visitors by 103 runs on day four at Lord’s on Saturday.

Burns (132) kept the New Zealand attack at bay while the wickets tumbled at the other end at regular intervals, with four batsmen trudging back to the pavilion after being dismissed for ducks. 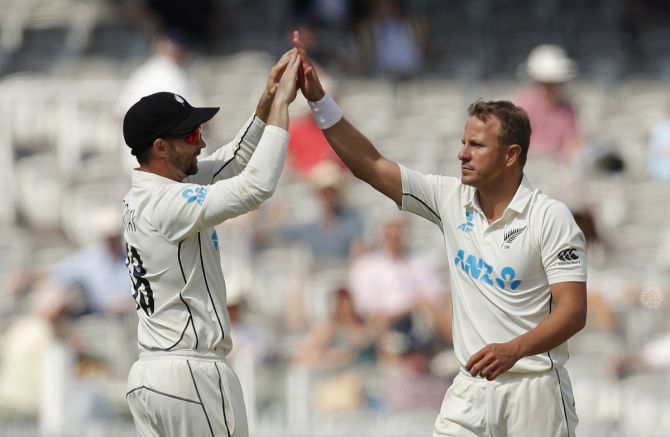 The opener led a painful but charmed life – hit on the head twice, thrown a lifeline when wicketkeeper BJ Watling missed a chance to stump him, and dropped by Southee in the slips off Neil Wagner when he was on 88.

England had resumed the day on 111-2 after rain washed out day three and Kyle Jamieson gave New Zealand the perfect start when he dismissed Joe Root with the first delivery of the day.

He forced the England skipper into a defensive shot, and the ball flew off a thick outside edge into the hands of Ross Taylor in the slips.

Ollie Pope (22) was the next to go after a solid start, missing an angled delivery from Southee which rapped him on the pads. The umpire demurred, but New Zealand successfully reviewed and overturned the decision. 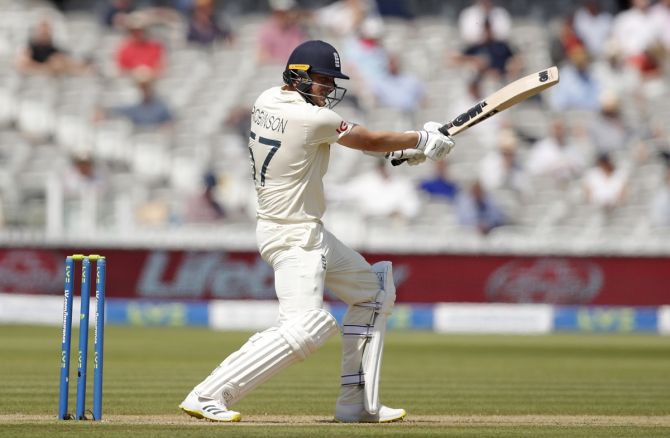 Southee dismissed Dan Lawrence and James Bracey in quick succession with both batsmen returning to the pavilion for ducks.

Lawrence played a loose drive to nick the ball to Colin de Grandhomme at third slip while Bracey, on his Test debut, saw his off stump uprooted.

At that point a follow-on looked distinctly possible, with England far behind on 140-6.

However, Ollie Robinson provided some resistance and nearly marked his debut with a half-century only to fall at 42 when he pulled a short ball to Jamieson at long leg to give Southee his fifth wicket.

Jamieson was then rewarded for his toil in the sunshine with a third wicket when Mark Wood (0) was caught behind off an inside edge.

Stuart Broad drew a cheer when he smashed the first six of the innings, but he was punished the very next ball when Wagner had him bowled.

Burns was running out of partners, but last man James Anderson frustrated the visitors, and the pair stitched together a 52-run partnership, with Burns reaching his century before becoming Southee’s sixth victim when he was caught behind.