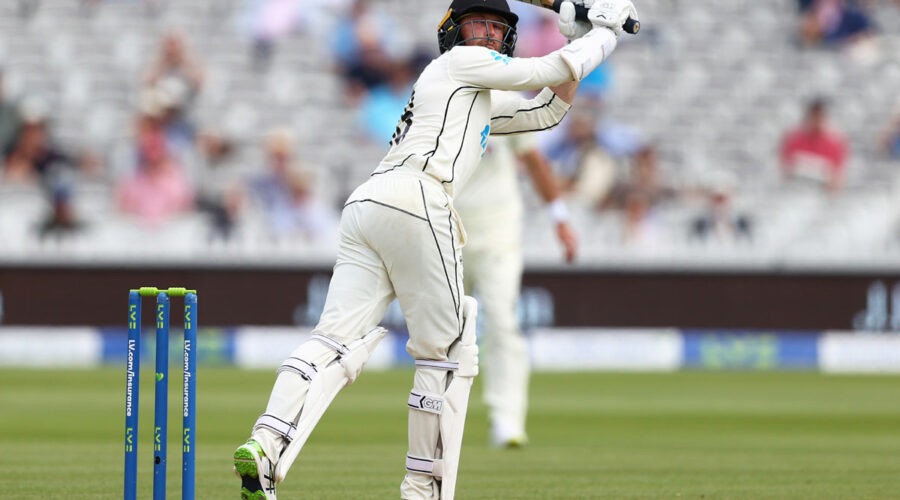 Images from Day 2 of the first Test between England and New Zealand at Lord’s in London on Thursday. 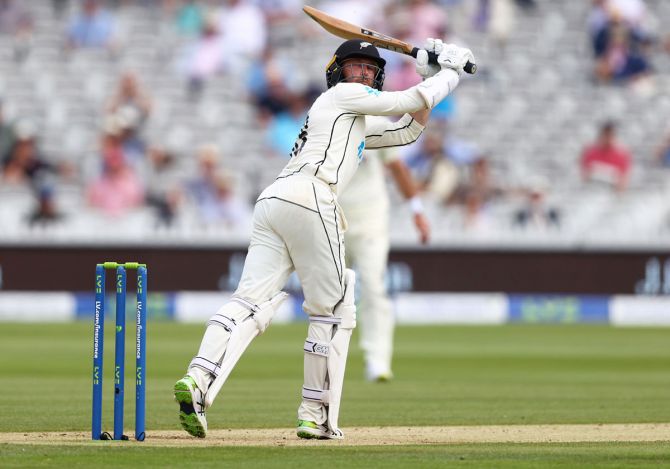 New Zealand reached lunch at 314-7 with Devon Conway still unbeaten on 179 but the opening batsman lost partners in quick succession at the other end as England’s Mark Wood picked up three wickets in the first session of day two on Thursday.

Conway, who set a record for the highest score on Test debut at Lord’s on Wednesday, continued where he left off and quickly brought up his 150 while his overnight partner Henry Nicholls reached his half-century before the middle order collapsed.

Nicholls was dismissed for 61 when a quick bouncer from Wood caught him off guard, forcing him instinctively to hook the ball to Ollie Robinson at long leg.

The breakthrough ended a patiently constructed 174-run partnership for the fourth wicket and brought BJ Watling to the crease but the wicketkeeper lasted only six deliveries, edging Wood to Dom Sibley in the slips.

Colin de Grandhomme departed soon after for a duck when he was trapped leg before by Robinson. Although the umpire said it was not out, England reviewed the decision which was overturned by the third umpire.

Mitchell Santner did not trouble the scorers either as Wood struck again when the New Zealand all-rounder gave James Anderson a simple catch at mid-off. 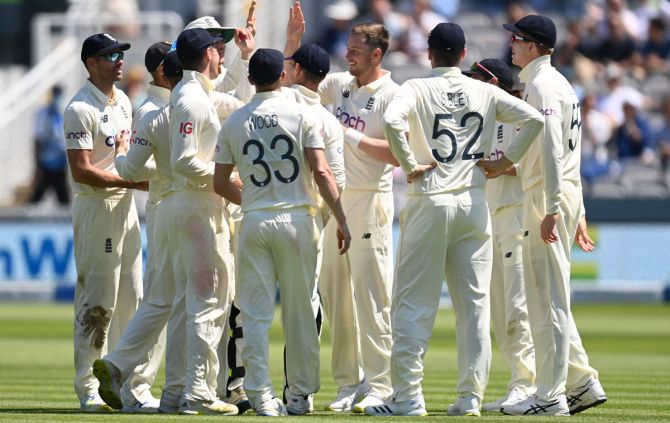 Fast bowler Kyle Jamieson was not out on 7 with Conway at lunch.

On Wednesday, New Zealand won the toss and opted to bat on a placid track which made the pace-heavy English attack toil but they were rewarded in the second session when skipper Kane Williamson and Ross Taylor fell cheaply.

Robinson was the pick of the England bowlers with two wickets on day one but his Test debut was overshadowed when historical racist and sexist tweets came to light, forcing him to apologise while the ECB initiated an investigation.