Images from Friday’s IPL match between Delhi Capitals and Rajasthan Royals, in Sharjah.

Shimron Hetmyer and Marcus Stoinis hit fighting knocks as Delhi Capitals rallied after the loss of their top three batsmen to post against Rajasthan Royals in their Indian Premier League match, in Sharjah, on Friday.

Hetmyer scored a breezy 45 off just 24 balls, while Stoinis hit 39 off 30, after Delhi were reduced to 50 for 3 in the sixth over, to revive the innings.

Harshal Patel (16 off 15) and Axar Patel (17 off 8) then slogged it out in the death overs to help Delhi finish with a healthy total. 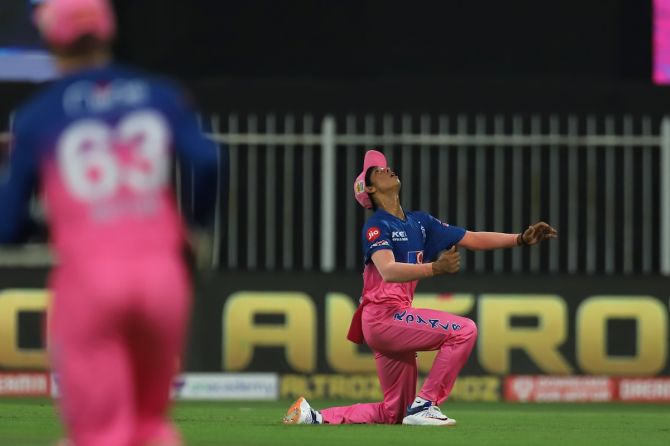 It was Archer who had Delhi on the ropes from the outset. He struck in the second over of the Powerplay, dismissing Shikhar Dhawan (5 off 4 balls) with his third delivery. The India opener tried to clear the ring on the leg side, but did not get the elevation and was caught by young Yashasvi Jaiswal

The England pacer was again in the thick of action, taking a difficult catch off his own bowling off the second delivery of his second over, to get rid of Prithvi Shaw (19 from 10 balls). The batsman went for the pull shot, got a massive top edge and Archer took a well-judged catch. 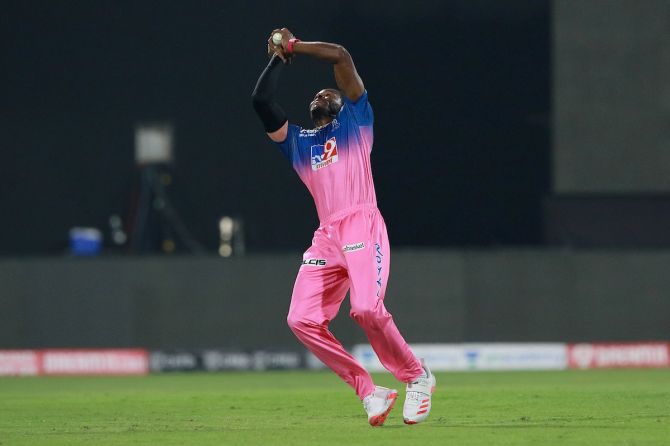 Things got only worse for Delhi when skipper Shreyas Iyer (22 from 18 balls) was run-out by a direct throw from Jaiswal in the next over.

At 50 for 3 in the sixth over, the onus was on Rishab Pant and Marcus Stoinis to revive the Delhi innings. But disaster struck again in the tenth over.

Pant (5 off 9) took off from the non-striker’s end, but Stoinis did not respond after playing the delivery to mid-on. Substitute fielder Manan Vora sent in a precise throw for Rahul Tewatia to remove the bails. 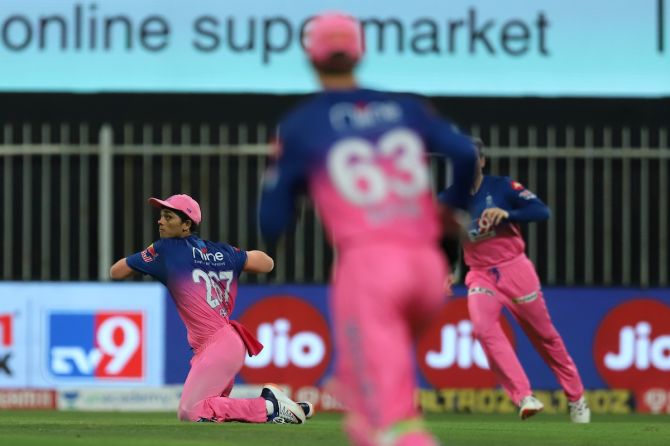 Tewatia then struck with his third delivery in the 14th over. Stoinis chased what may have been called a wide, got a top edge and Steve Smith, at cover-point, took the catch. Stoinis walked back after scoring 39 off 30 balls.

Hetmyer then blazed away. However, looking for a sixth six he was caught at by Tewatia at long on off the bowling of Kartik Tyagi.

Harshal and Axar scored crucial runs to give Delhi a fighting total.