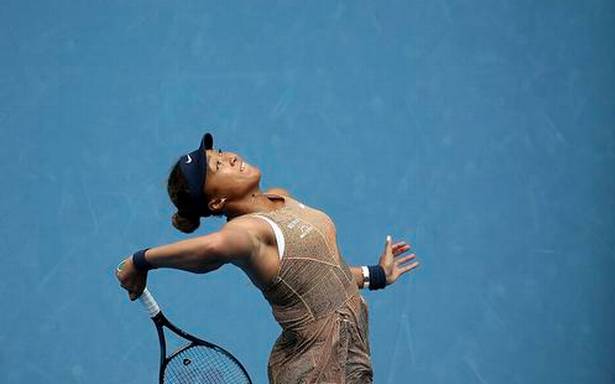 Naomi Osaka is back in a place where she’s won two of her four Grand Slam singles titles and she’s feeling good vibes after some time off trying to rediscover her love for the game.

The Australian Open champion opened her 2022 season with a 6-4, 3-6, 6-3 win over Alize Cornet on Tuesday in one of the Summer Set of tournaments in Melbourne.

Osaka was returning to Rod Laver Arena for the first time since winning the Australian Open title in February. It was also her first tour-level match since a third-round loss to Leylah Fernandez at the U.S. Open in September.

After that loss, Osaka said: “I honestly don’t know when I’m going to play my next tennis match.”

She also took time off earlier last year, a mental health break that began when she withdrew from the French Open before her second-round match.

She also sat out Wimbledon, then returned for the Tokyo Olympics, where she lit the cauldron during the opening ceremony.

After her opening win in Melbourne, Osaka said she’d set herself one major goal for this year: to enjoy the game.

“I’m the type of person that cared a little bit too much about the results and the rankings and I need to find a way to enjoy the game again because that’s the reason I played the game in the first place,” she said.

After taking time to hang out with friends and family, she said slowly started to regain the feeling of love for the game.

“It’s not like it ever completely went away but it got overshadowed by a lot of emotions that I was feeling just by constantly playing year after year,” Osaka said.