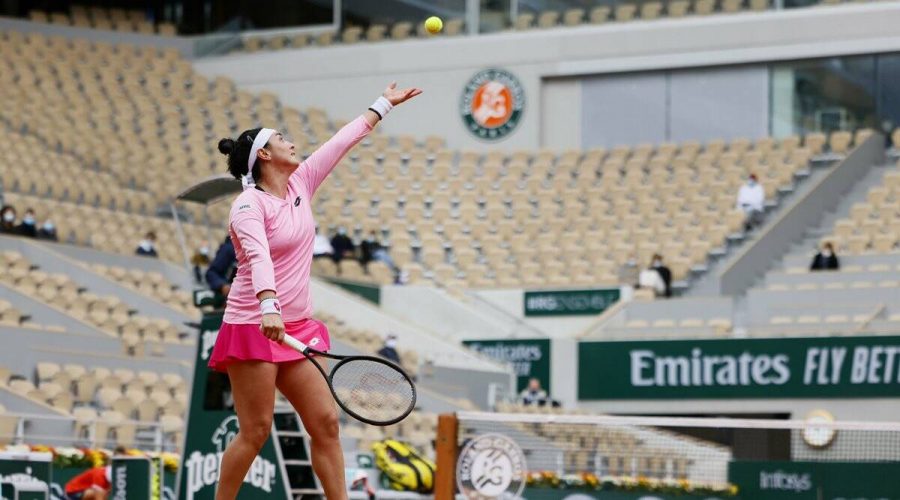 Before Ons Jabeur, the 423-million strong Arab world had accounted for five top-100 players; the only woman being Selima Sfar. The tears rolling down her cheeks caught the usually stoic Selima Sfar by surprise. It was during the first-round clash between Egyptian Mayar Sherif and Karolina Pliskova at the French Open when the realisation sunk in and left Sfar, former Tunisia No 1, jumping out of the commentary chair.

“I was overwhelmed when I saw Mayar and realised that two of our Arab women are in the Grand Slam,” Sfar tells The Indian Express. “Once, nobody believed it. And this happened fast enough.”

Sherif, who blasted through three qualifiers and drew praise from her famous compatriot Mohamed Salah, lost that first-round match to the second-seed Pliskova. The other woman from the North African region fared much better.

The 26-year-old’s historic year of firsts though will continue next week when she cracks the top 30.

Before Jabeur, the 423-million strong Arab world had accounted for five top-100 players; the only woman being Sfar. The 43-year-old former world No. 75 was the first Arab woman to reach the second round at a Major (twice at Roland Garros, thrice at Wimbledon and once at the US Open).

Thank you guys for these really nice and personalised gifts. Very moved and grateful. I might be getting a bit old but definitely feeling more and more blessed 😍🙏🤩🤗 . Now time to get ready for a fun fun night 💃🕺💞💫💥💣😘 @onsjabeur @karim_kamoun #birthdayparty

Thank you guys for these really nice and personalised gifts. Very moved and grateful. I might be getting a bit old but definitely feeling more and more blessed 😍🙏🤩🤗 . Now time to get ready for a fun fun night 💃🕺💞💫💥💣😘 @onsjabeur @karim_kamoun #birthdayparty

“This year is the first time we saw two women in the main draw of a Grand Slam, 15-20 years after I was the first to do that. And how lonely I was. Totally alone not just from Tunisia, but from the Arab world,” says Sfar.

“You have no idea how important this is. Not only for women but men also. She has so many male supporters, and these fathers, these brothers, they see and realise their daughters can do the same.”

And it’s hard not to watch Jabeur’s game and become a supporter. She possesses all the trappings of the modern game: huge inside-out, cross-court forehands, jumping backhands, passing winners on the stretch. But Jabeur stands out for her trickery. The slices, the volleys, tweener lobs and, of course, her speciality, the drop shots.

“As long as the drop shot is working, then I’m on the safe side. I know it really bothers some players,” Jabeur told sportswriter Simon Cambers, who wrote this week that “Jurgen Melzer, used to be called the drop shot king, but his mantle may have passed to Ons Jabeur.”

The deceptive wind-up, fantastic hands, footwork and flawless execution mean the drop shot is both defensive and aggressive. On Tuesday, against the wind and an aggressive Collins, Jabeur couldn’t get the job done but her opponent applauded after being frequently bested by the drop shot and admitted that “it affected my rhythm, she plays the shot when you can’t expect it.”

Of course, the drop shot isn’t the only aspect of her game that has been effective.

“Her overall game has improved because of the pre-season when we worked a lot on fitness. Her physical condition is much, much better and she has also lost some weight,” says Jabeur’s former coach Bertrand Perret, who orchestrated the historic run in Melbourne. “I always wanted her to be very aggressive with the forehand. You see how many winners she has now?”

On average, 38 per match in Paris.

Sfar adds: “On the physical side, her husband (Tunisian-Russian fencer Karim Kamoun) who is also her trainer has helped a lot. The backhand has improved dramatically. And I’ve seen a huge change not just in training and physicality-wise, but mentally as well. She’s wiser now, she has belief in herself.”

That belief shone through on Tuesday. After being outplayed in the first set and down 3-0 in the second, Jabeur shifted the momentum but couldn’t close out the match. Pity, because there couldn’t have been a better place to improve on her best Major campaign.

“The condition in Paris was also great for her because the bounce has been lower. She likes the drop shots, backhand slice to change the rhythm. In this weather, the players don’t run so well on the clay to get to those shots,” says Perret.

Getting this far is an achievement in itself for Jabeur. Her success on the big stage was always in the offing. She made it to the final of the Junior French Open in 2010 and 2011, winning it on the second occasion to become the first Arab player to win a junior Slam since 1964. By 2017, she became the first Arab woman to reach third-round at Major, a run that propelled her into the top 100.

Since then, she has overtaken Sfar’s best ranking, reaching her career-high of 31 in August. But like Sfar, she left Tunisia to train in France, another similarity between the two trailblazers.

“At 13-year-old, I went to the other side of the continent, practising six-seven hours daily and then being alone. No WhatsApp, no FaceTime, no Skype, there was barely a mobile phone,” Sfar recalls her journey.

“There was no Schengen visa (a short-stay visa that allows travel to several European countries) so you queued up for a week and still wouldn’t get it. That cost me tournaments, practice. Oh God!” she laughs.

Things could have been easier for Sfar had she taken up the opportunity to represent France. But her family’s history with Tunisia – her grandfather founded the country’s first Arabic newspaper, was jailed by French authorities, and later almost became Tunisia’s first President after independence in 1956 – rendered the option void.

“I knew that not taking the French passport will make things really difficult for me. But I chose to go that way to open the door,” she says.

That pride and sense of identity run strong in Jabeur too. The current world no 35 – a keen football fan – often oscillates between Real Madrid and Juventus when playing FIFA on a PlayStation, but Perret notes that in the real world, no team trumps the Tunisian national side.

“Things that she’s always crazy about, playing FIFA on PlayStation. But her favourite team is only Tunisia. She likes to play football, watch football. She could have easily been a footballer for her country too,” says Perret.

Her pride in her nationality though hasn’t gone unnoticed.

After a hard-fought win, in front of Tunisian supporters, over Pliskova at the Qatar Open in February, Jabeur said, “It was kind of tough sometimes because they didn’t know the rules of tennis! They thought it was a football match, but it was amazing, seeing all the Tunisians who made the effort to come and see me with all the Tunisian flags… seeing that I had this impact on people following more tennis makes me proud.”

“Things were a lot more taboo back then. Tennis wasn’t a popular sport in Tunisia. Today, when we are doing a speech in the Middle East, playing a game in Dubai, people come and join,” she says.

“Even now, people come to my sports club and the academy because it has my name. It was a seed planted back then and Ons has been the result. Now she’s planting many seeds and many more will come afterwards.”

Sfar agrees that there’s more to Jabeur that has made her a national hero.

“We have become very good friends over the past two years. Practised a lot together. I say she’s my little sister because she’s much younger, but there are times when she has made me feel secure around her. There is something about Ons that most people love her,” says Sfar. “Often people obsess ‘why does this person not like me?’ With Ons, it is the opposite because she will do something without you asking her. She’s got so much empathy that she anticipates and makes people feel secure around her.”

On Tuesday, another teary-eyed commentary session later, Sfar says: “It gets stressful sometimes. I keep reminding myself that it’s only a tennis match. But at the same time, it is a message. There’s something very important behind it.”

In 2017, long before her meteoric rise, Jabeur had said: “When I win, I represent the Arab world. When I lose, I try to be just Ons Jabeur.”

But despite her exit from the French Open, she has already put Tunisia, and the Arab world, on the tennis map.

“Whether she wins or loses, we are all proud of her. That’s one sentence that I dream someone would have told me when I used to play. Ons now has to play and enjoy. She’s already a pride of Tunisia and commands huge respect. And she has nothing to prove.”