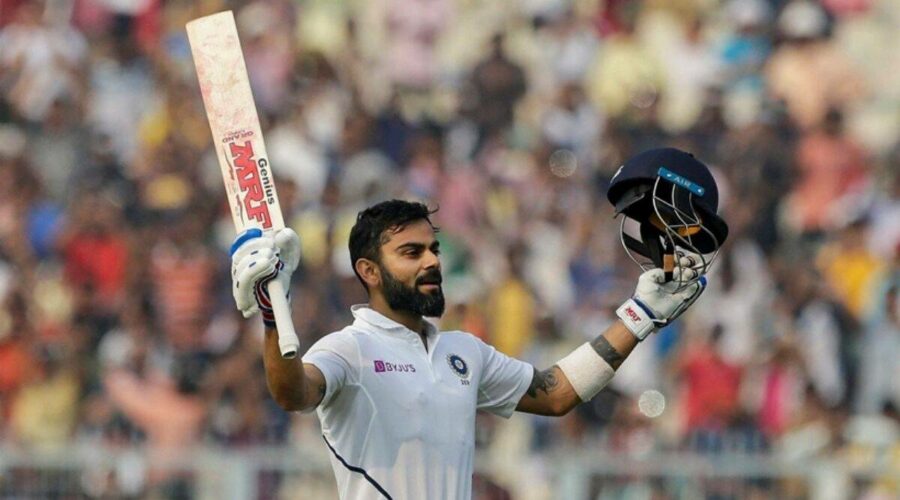 On this day two years ago (23 November 2019), at the Eden Gardens, Virat Kohli scored his 70th international century when he scored a match-winning 136 in the pink-ball day and night Test match against Bangladesh. Virat Kohli hasn’t looked like doing much wrong in recent times except for the centuries he had made a habit of scoring in the last few years isn’t coming his way anymore.

Although, he is averaging decent scores across all formats but a century remains elusive.

Since making his last international century, Kohli’s run-scoring in Test cricket has hit an all-time low as the right-handed batter has managed only 563 runs in 21 innings of 12 matches. Kohli has hit five fifties with 74 against Australia in Adelaide remains his highest score.

Virat Kohli is six short of Sachin Tendulkar’s ODI world record of 49 centuries. He is stuck on 43 centuries and has gone 27 months without an ODI century.

Virat Kohli’s last century in the ODI came on August 14, 2019, when he scored an unbeaten 114 against West Indies in Port-of-Spain, Trinidad.

Virat Kohli, who has stepped down from the T20I captaincy after the World Cup, citing workload management has been in red-hot form in the games’ shorter version.

Kohli, who is yet to score a century in the T20I format registered his highest score of 94 not out (vs West Indies on December 6, 2019) during his lean patch.

Will Kohli end his drought against New Zealand?

The 33-year-old will have a chance to end the drought, when he will return to lead the side for the second Test against the Kane Williamson-led New Zealand in Mumbai, which will be played from December 3 to 7.

Virat Kohli has been rested for the three-match T20Is series and the first Test against New Zealand, starting from Thursday in Kanpur. Ajinkya Rahane will lead the team in absence of Virat Kohli in the first Test match.

11/23/2021 Sport Comments Off on On This Day: Two years ago, Virat Kohli scored his last international century
India