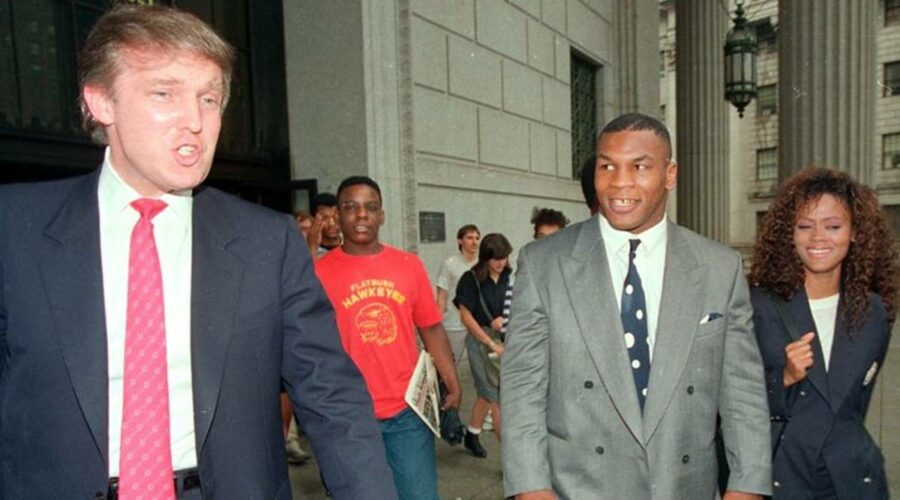 According to the broadcasters Fite TV, Trump will provide in-person, "unfiltered" commentary dubbed 'No Holds Barred'. On the 20th anniversary of the September 11, 2001 terrorist attacks, former US President Donald Trump will serve as a boxing commentator. Trump will call the bout between Evander Holyfield and Vitor Belfort at the Seminole Hard Rock Casino in Hollywood, Florida, a 50-minute drive from his Mar-a-Lago residence.

“I love great fighters and great fights,” Trump said in a press release. “I look forward to seeing both this Saturday night and sharing my thoughts ringside. You won’t want to miss this special event.”

According to the broadcasters Fite TV, Trump will provide in-person, “unfiltered” commentary dubbed ‘No Holds Barred’. The guest commentary will be the third broadcast option along with English and Spanish and will also feature UFC star Jorge Masvidal and former WWE announcer Todd Grisham.

Trump was also scheduled to be the guest at the pre-fight press conference Thursday night. Trump Jr. will also be present at the presser and Saturday’s fights.

The event is organised by Triller, the social media app-turned boxing promoter who brought Mike Tyson back for an exhibition bout against Roy Jones Jr. last year.

Also last year, Trump signed up on the Triller social media app, backing it as an alternative to the Chinese-owned TikTok. The fight was changed from an exhibition to a professional bout at the insistence of De La Hoya. “(Oscar) is the one who said, ‘I’m in the best shape of my life, f*ck this exhibition BS. I’m going for real,’” Triller’s Ryan Kavanaugh told ESPN.

Last Friday, De La Hoya withdrew after being hospitalised with a case of COVID-19.

“Wanted you to hear directly from me that despite being fully vaccinated, I have contracted Covid and am not going to be able to fight this weekend,” he posted on Twitter. “Preparing for this comeback has been everything to me over the last months, & I want to thank everyone for their tremendous support.”

De La Hoya’s pullout prompted Holyfield (44-10-2, 29KOs) to step in. The only man to have won the world heavyweight title four times, Holyfield turns 59 in October and has not fought since 2011. In fact, Holyfield was barred from fighting in New York due to “poor performance and diminished skills” in 2004.

The Californian State Athletic Commission (CSAC) refused to sanction Saturday’s bout — to be contested over eight two-minute rounds in the heavyweight division — between Holyfield and Belfort, former UFC champion who has failed drug tests for anabolic steroids and elevated levels of testosterone before.

The bout thus had to be moved from Los Angeles’ Staples Center to Florida.

“The thing is, I have more experience in boxing,” Holyfield told MMA Fighting. “The fact of the matter is I would have a problem if I was gonna do MMA, because that ain’t what I do. But I know I do boxing and I took care of myself real well. The fact is, I’m going in there with an MMA guy, and yeah, he does a couple of things right. He knows how to throw punches and he can deliver hard shots, but I can do more.”

The professional boxing bout is the latest in the trend of crossovers and celebrity-boxers freak shows. The undercard of Holyfield-Belfort features a marquee boxing bout between former UFC champions Anderson Silva and Tito Ortiz.

“Listen, he paid me $11 million to fight that night,” Mike Tyson recalled his 1988 fight against Michael Spinks to The Philadelphia Inquirer in 2017. “He was putting on the biggest events in boxing.”

MMA promoter Dana White’s friendship with Trump began in 2001 when he was able to promote his first event as UFC boss, UFC 30, at the Trump Taj Mahal in Atlantic City.

“He’s one of these guys that sometimes he’ll pick up the phone and call me and say ‘Hey, good luck with the fights tonight. I’m going to be watching,’ or whatever it is that we might have going on,” White, who donated $1 million to Trump’s campaign, said at the Republican convention last year. “I love the guy. I’d do anything for him.”

09/10/2021 Sport Comments Off on On 9/11 anniversary, Donald Trump will be calling a Holyfield bout
India