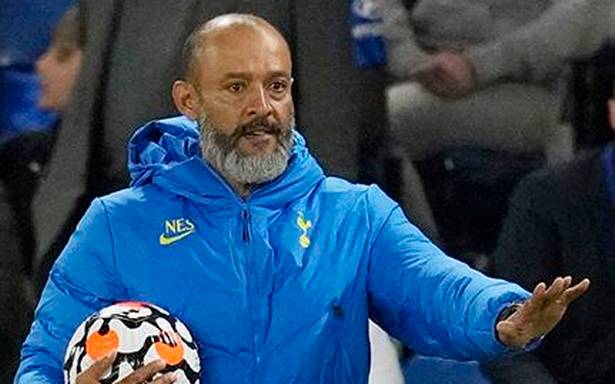 Harry Kane is in Tottenham’s squad for its Europa Conference League tie this week as manager Nuno Espirito Santo admits he cannot wait for the transfer window to close and end speculation over the striker’s future.

Manchester City is keen to sign Kane and was reported to have tabled a bid of £100 million in June.

Kane — who has three years remaining on his contract — stayed away from Tottenham’s 1-0 victory over City in its Premier League opener on Sunday.

However, The Times claims it is expected Kane will remain for one more season due to City’s reluctance to meet Tottenham chairman Daniel Levy’s reported asking price of £160 million.

The 28-year-old on Monday was named in Tottenham’s squad for the Europa Conference League play-off against Pacos de Ferreira.

Nuno said he expected Kane to remain at the north London club, though he added he has enough experience to know Spurs should keep its options open regarding a move for a replacement.