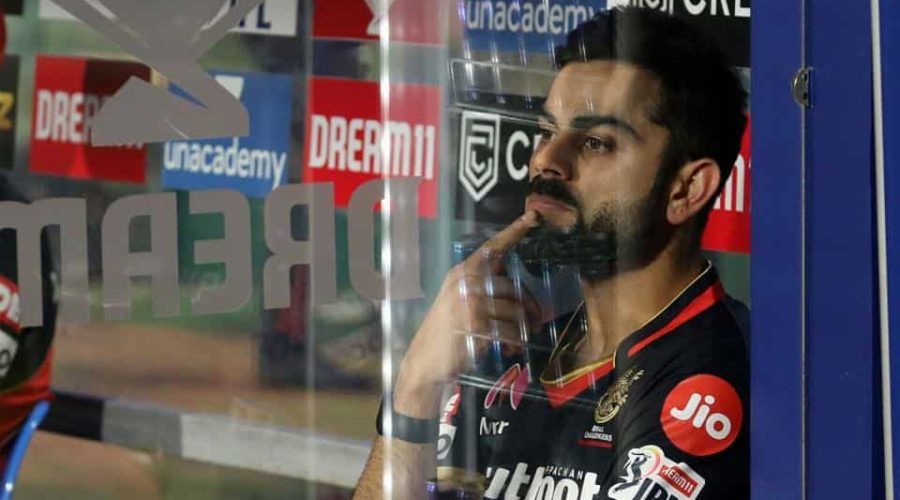 The Indian Premier League 2020 has come to an end and much like every season, Virat Kohli’s Royal Challengers Bangalore have been surrounded by rumours, speculations and questions. RCB had started off the season in the UAE on a high, setting themselves up with 14 points in 10 games. But the franchise then went on to lose five games on the trot to see themselves finish off at no. 4 position.

While cricket pundits are debating if Kohli should be removed as RCB captain for not being able to win the trophy in 8 years as captain, former India cricketer Aakash Chopra presented a different point of view in his latest Facebook video.

Also read: ‘He has a big say in Indian cricket’: Chappell’s high-praise for India star

“RCB reached the last 4. They may not have played great to reach there but they reached at least. They may have lost to SRH there but their overall performance was alright,” Chopra said. “There is a question that because Kohli has been the captain of RCB for 8 years, and the team is not able to win, then he should be removed and that he should also be removed as the Indian T20 captain.”

“I have a small question to all critics. I am not a fan of Kohli’s captaincy, but I want to put forth my views in an impartial manner that would RCB have won the tournament if anyone other than Kohli was their captain, would this team have gone further ahead,” the former India batsman asked.

“If it is such a good team and is falling behind because of the captain, then you should definitely remove him, there is no problem with that. But when you talk about removing him, you should definitely tell that this is the other captaincy candidate we have, and if we give the same team to someone else, then this team will go further.

Also read: ‘We started picking up in grand style’: Sachin Tendulkar names the ‘best series of his life’

“Look at the team’s state at least. I understand that the captain makes a big difference to the team but saying that the team has been doing bad because of him (Kohli) is wrong.

“If you are saying that, then also say that they reached the last four because of him, which is also wrong because it is not the case that they qualified because of Kohli’s captaincy this time, and they wouldn’t have if he was not the captain,” said Chopra.

“In my opinion, the team will play as good as it is. The captaincy input is there’ good captains do a good job, but Kohli is not as bad a captain as people have made him out to be. If he had been that bad, his numbers for the Indian team would have been bad as well,” he signed off.