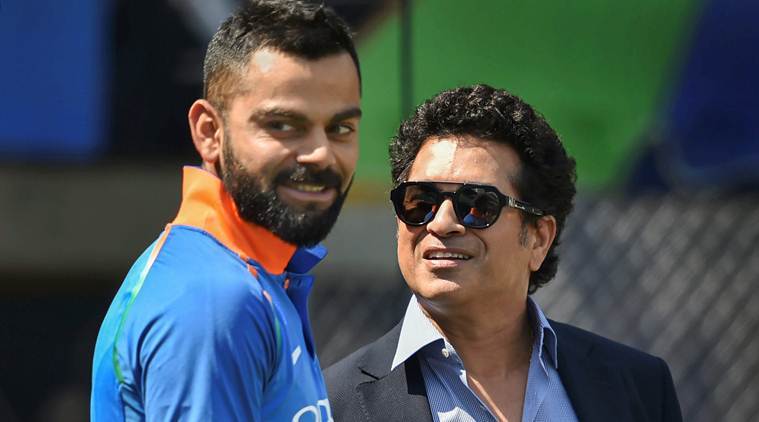 The master blaster said warm-up games provide all participating teams with an idea about things to come and plan accordingly in the main tournament. Pre-tournament favourites India put up a dismal show in their opening practice game, losing by six wickets to New Zealand in London on Saturday.

Electing to bat, India made a below-par 179, which the Kiwis chased down in 37.1 overs.

“I will not judge the team after each and every game. It’s a tournament and things like these will happen. The main tournament has not even started yet,” Tendulkar said at a round-table conference on the sidelines of the Mumbai T20 League here Sunday.

“I think, we need to settle down, one or two games may go here and there. India should make most of the practice matches leading to the World Cup. They should understand what kind of surfaces they might get. I won’t panic at all as of now,” he added.

The master blaster said warm-up games provide all participating teams with an idea about things to come and plan accordingly in the main tournament.

“Many a times, teams are trying different combinations, batting line up. Almost all teams are not sure about their front-line, playing 11, several bowlers and batsmen are rested. Nobody is wanting to expose their proper playing XI.

“All the teams are preparing and trying different combinations in those conditions, which would work for them,” he said.

Tendulkar picked Afghanistan to produce major surprises in the showpiece, starting May 30 in the United Kingdom.

“I have said it earlier that Afghanistan will throw up surprises in the World Cup because they have one of the best spin bowling attacks. Even if they treat it like Test cricket, they will still take wickets in the middle overs,” he said.

The upcoming tournament will feature 10 best cricketing nations of the world but Tendulkar was of the view that the custodians of the game need to engage more teams in a world event.

“So ideally I would love to see more than 10 teams participating, but also at the same time not to compromise on the standard of playing. So it’s going to be a lengthy process.

“That can only happen if ‘A’ teams of India, Australia, South Africa, New Zealand go and play against the new teams, not just ODI cricket but also three-four day cricket to give them that exposure, to make them understand the standard of playing and get them ready for bigger tournaments.”

Talking about the pitches likely to be offered in the UK, Tendulkar said, “Yesterday (in India’s warm-up match) was a different kind of pitch with a bit of grass cover on it and the conditions were slightly in favour of bowlers upfront and as the time went by, the wicket settled down little more. I think the wickets will change, they will get little flatter and spinners will come into play much more.”

Mumbai, who has a record 41 Ranji Trophy titles under its belt, failed to reach the knock-out stages this season.

Asked Tendulkar about Mumbai’s dismal show in the elite domestic tournament this year, he said: “We have the talent. I feel that it is not possible to win (the Ranji Trophy) every year, but you have to accept that the current facilities across the country are better than earlier.

“If you have to take Mumbai cricket ahead, then we will have to make a solid foundation. And if the desired results are not coming our way, then (you have to remember) that results are not going to come overnight. There has to be a system to get results, maybe 5 or 10 years down the line you will get the results.

“But at the same time, I do not think Mumbai cricket is in so much trouble. If you judge on a yearly basis, it becomes difficult, but if you look at last 10-12 years, we have won the championships and it is not the case we haven’t won.”

Talking about the Mumbai T20 League, Tendulkar said: “I feel the standard this year is very good. Like I had said, last year there were some good performances and because of that we have seen 4-5 players in the IPL this year.”

05/26/2019 Sport Comments Off on No need to press panic button yet, says Sachin Tendulkar after India’s loss to NZ in warm-up game
India