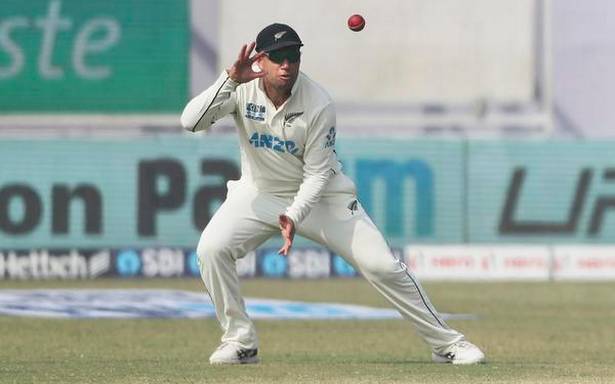 The second test against Bangladesh next month will be his last

The second test against Bangladesh next month, in which he likely will equal Daniel Vettori’s record of 112 tests for New Zealand, will be his last.

The fourth ODI against the Netherlands in Taylor’s home town of Hamilton on April 4 will be his last match for New Zealand.

“It’s been an amazing journey and I feel incredibly fortunate to have represented my country for as long as I have,” Taylor said in a statement December 30.

“It’s been such a privilege to play with and against some of the greats of the game and to have created so many memories and friendships along the way. But all good things must come to an end and the timing feels right for me.”

Taylor will retire as New Zealand’s top-scorer in test and one-day international matches. He has 7,584 test runs and 19 centuries, second only to current captain Kane Williamson, and 8,581 runs in ODIs, ahead of Stephen Fleming (8,007). His 21 ODI centuries also are a New Zealand record.

Taylor made his test debut against South Africa in 2008 and played the first of 233 ODIs against the West Indies in 2006. He has also played 102 Twenty20 internationals, becoming the first player to play more than 100 matches for New Zealand in all three formats.

“Ross has always been a hugely respected member of the side and we’re thankful for his contributions to the Black Caps over an incredible career,” Stead said. “His skills and temperament as a batsman have been world-class and his ability to perform at such a high level for so long speaks volumes of his longevity and professionalism.”

Williamson also praised the achievements of his long-time batting partner.

"Ross has been at the core of the side for so long and can be extremely proud of having brought the game in this country to a better place,” Williamson said. “He’s a world-class player, our best with the bat over such a long period of time and personally it’s been a pleasure to be involved in so many partnerships with him across the formats.

“We’ve shared some pretty cool moments together — most recently the World Test Championship final which was obviously really special.”