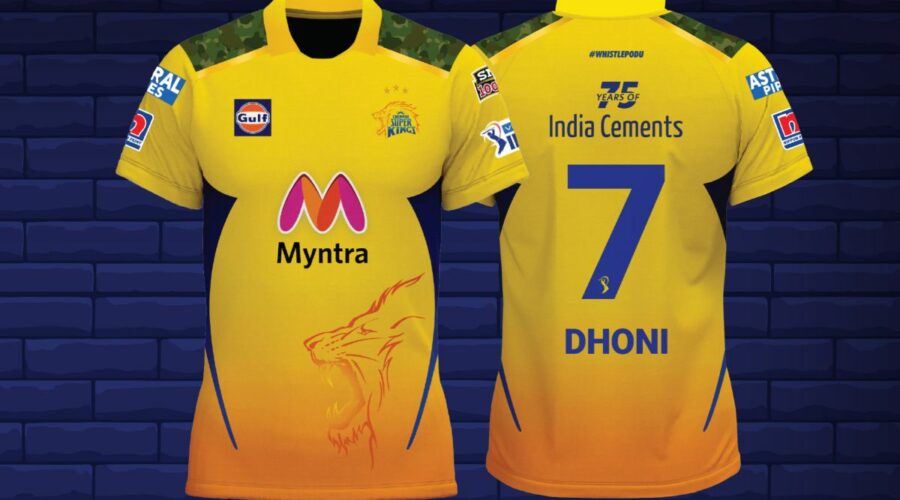 The new CSK jersey is a tribute to India’s armed forces (the camouflage on the shoulder) and the three IPL titles the franchise won in 2010, 2011 and 2018 (the three stars on the chest).

CSK qualified for the IPL playoffs in 10 seasons and made it to the final eight times.

‘It has been on our mind for some time now to find ways to raise awareness about the significant and selfless role of the armed forces. The camouflage is an appreciation of their service. They are the true heroes,’ CSK CEO K S Viswanathan said.