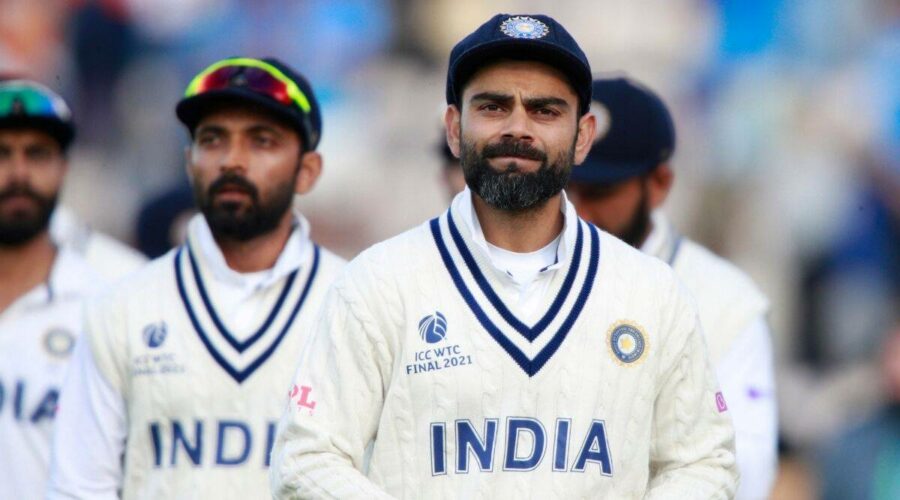 After his side lost the WTC Final by eight wickets here on Wednesday with batting being a major letdown, the Indian captain didn't take any names but expressed his displeasure at some players for not showing enough "intent" to score runs. 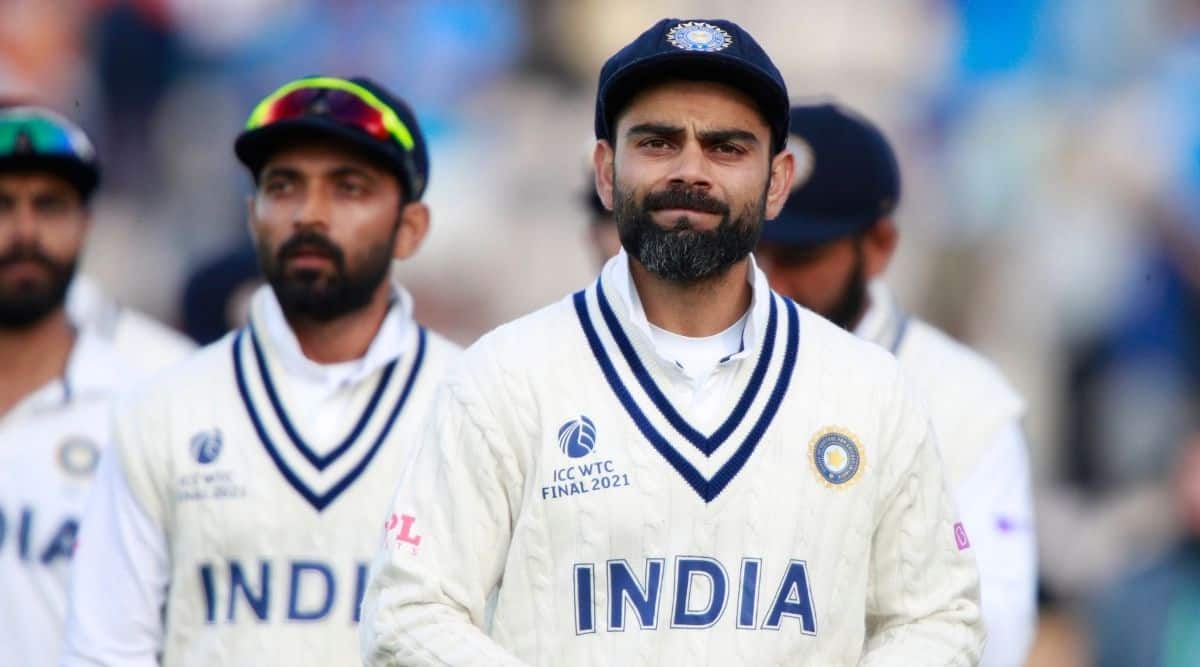 India skipper Virat Kohli has indicated an overhaul of his Test team after the stunning loss to New Zealand in the World Test Championship final here, saying that “right people who have the right mindset to perform” will be brought in following a reassessment.

After his side lost the WTC Final by eight wickets here on Wednesday with batting being a major letdown, the Indian captain didn’t take any names but expressed his displeasure at some players for not showing enough “intent” to score runs.

Senior batsman Cheteshwar Pujara managed 8 off 54 balls in the first innings and consumed 35 balls for his first run. He then scored just 15 runs off 80 balls in the second essay. In the end, New Zealand chased down a 139-run target without much trouble.

“We will continue to reassess and continue to have conversations around what are the things required to strengthen our side and not follow or fall prey to certain patterns,” Kohli said at the post match virtual press conference.

It can be safely assumed that some of the seniors will be on borrowed time and only a stellar performance in the five-Test series against England in August can secure their futures.

“We will not wait for a year or so and have to plan ahead. If you see our white ball team now, we have great depth and guys are ready and confident. Same thing needs to be done with Test cricket.

“You have to reassess and replan and understand what dynamics work for the team and how we can be fearless. Bring in right people who have right mindset to perform,” the skipper added.

For the current management, a 50 off 80 balls is of more value than a 15 off 80 which can put unnecessary pressure on batsmen coming after someone with an ultra-defensive mindset.

Kane Williamson scored seven runs in a session during the first innings but when it mattered, he scored a half-century of 80 odd balls during final session of the Test match.

“I think evolving with the game and improving yourself with the game is very important and when you have been a top side for few years in a row, you don’t want to suddenly drop your standards…

“We will certainly take those decisions and have those conversations and in near future,” the skipper looked visibly hurt and in a mood to take some tough calls in near future.

He also spoke about finding ways to score runs against quality attacks like that of New Zealand. India scored only 217 in the first innings and were all out for 170 in the second effort.

“We definitely need to work out better plans on understanding how to score runs. We have to stay in sync with the momentum of the game and not let the game drift away too much. I don’t think there are any technical difficulties as such,” he asserted.

“It’s more down to game awareness and being more brave in putting bowlers under pressure and not allowing them to bowl in similar areas for longer periods of time unless it is absolutely overcast and ball swinging all over the place like it happened on day 1.”

“You can’t be too worried about getting out as your bringing the bowler into the game completely. If as a batting unit, we put 300 on the board, it’s a different kind of pressure on opposition with the kind of bowlers we have.

Kohli urged his batsmen to take calculated risks and strike a balance between well-timed strokeplay and holding an end.

“The endeavour would be to try and score runs and not worry about getting out in testing conditions. That’s the way you can put the opposition under pressure otherwise you are standing there hoping that you dont get out, which you eventually will be because you are not being optimistic enough. Rishabh Pant’s aggressive approach didn’t yield results but his repeated attempts to charge down the track against pacers and missing the swinging deliveries raised questions about his game awareness.

The skipper, however, seemed fine with his intent to score rather than looking to survive.

“Rishabh’s definitely going to be an expressive player whenever he gets an opportunity…he assesses it really well and when things don’t come off, you can say error in judgement, which is acceptable in sport,” the skipper said.

“But we don’t want him to lose his positivity or optimism in changing the situation for team. We are not too worried. It is up to him to understand whether it was error in judgement and rectify it moving forward.”

06/24/2021 Sport Comments Off on Need to bring in right people with right mindset: Kohli hints at overhaul of Test side
India