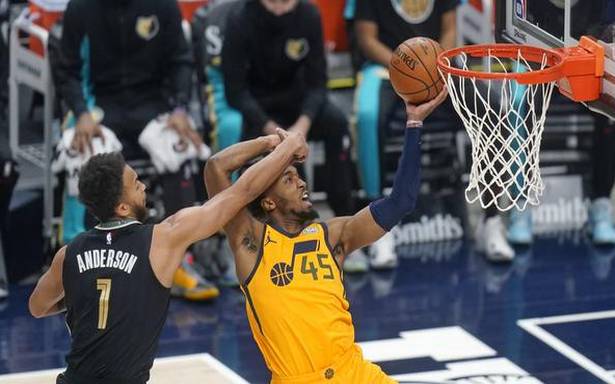 Utah’s Donovan Mitchell scored 35 points and handed out seven assists as the Jazz posted a 126-110 victory over Memphis Grizzlies on Saturday.

Jordan Clarkson came off the bench to add 28 points and Rudy Gobert added 16 points and 14 rebounds for Utah, who pushed the lead to as many as 30 in the third quarter.

Kawhi Leonard led the Clippers with 28 points, Paul George added 24 and Terrence Mann chipped in 23 off the bench.

The Mavericks, missing ailing forward Luka Doncic and center Kristaps Porzingis who rested on the second night of a back-to-back, led 95-94 with less than four minutes remaining.

But the Pelicans roared home on an 18-8 scoring run that included 10 points from Williamson.

Two days after being traded by Orlando, center Nikola Vucevic made his Chicago debut in the Bulls’ 120-104 loss to the San Antonio Spurs.

New York’s Alec Burks and RJ Barrett scored 21 points to lead the Knicks to a 102-96 victory over Milwaukee Bucks.

Westbrook scored 19 points with 19 rebounds and 10 assists, his 15th triple-double of the season matching the franchise record established by Darrell Walker.