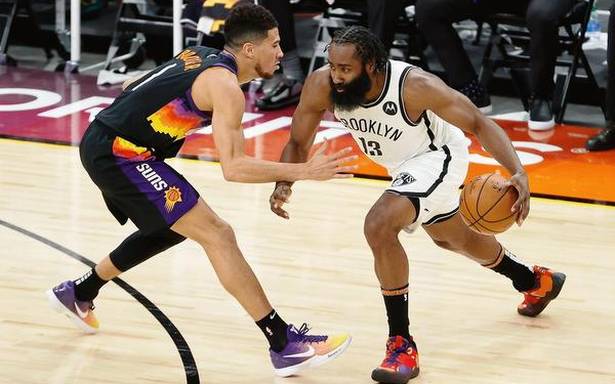 James Harden amassed 38 points and 11 assists and Joe Harris added 22 points as the short-handed Brooklyn Nets rallied from a 24-point deficit to earn a 128-124 road victory over the Phoenix Suns on Tuesday.

The 21-point, second-half comeback was the largest for the Nets since they joined the NBA in the 1976-77 season.

Jeff Green scored 18 points off the bench for Brooklyn and Tyler Johnson added 17 in his first start of the season.

The Nets, who were playing without Kyrie Irving (back) and Kevin Durant (hamstring), won their fourth straight game.

Kemba Walker added 17 points for the Celtics, who had lost four of their previous five.

The Lakers, one of the NBA’s best road teams this season, won for the 13th time in 16 games away from LA and prevailed for the eighth time in their past nine games overall.

Lakers played without Davis, who is expected to miss multiple weeks after straining his right Achilles tendon on Sunday at Denver.

Zion Williamson scored 31 points as New Orleans salvaged the final game of a four-game road trip by winning at Memphis 144-113.

Fred VanVleet scored 33 points and added seven assists as visiting Toronto defeated Milwaukee in the opener of a two-game set 124-113.